It’s been a while since I last wrote about a proper photography client, but I really enjoyed shooting today so I thought it would be worth writing a little about what exactly it was I enjoyed, and to share a few of my favourite images from the shoot. 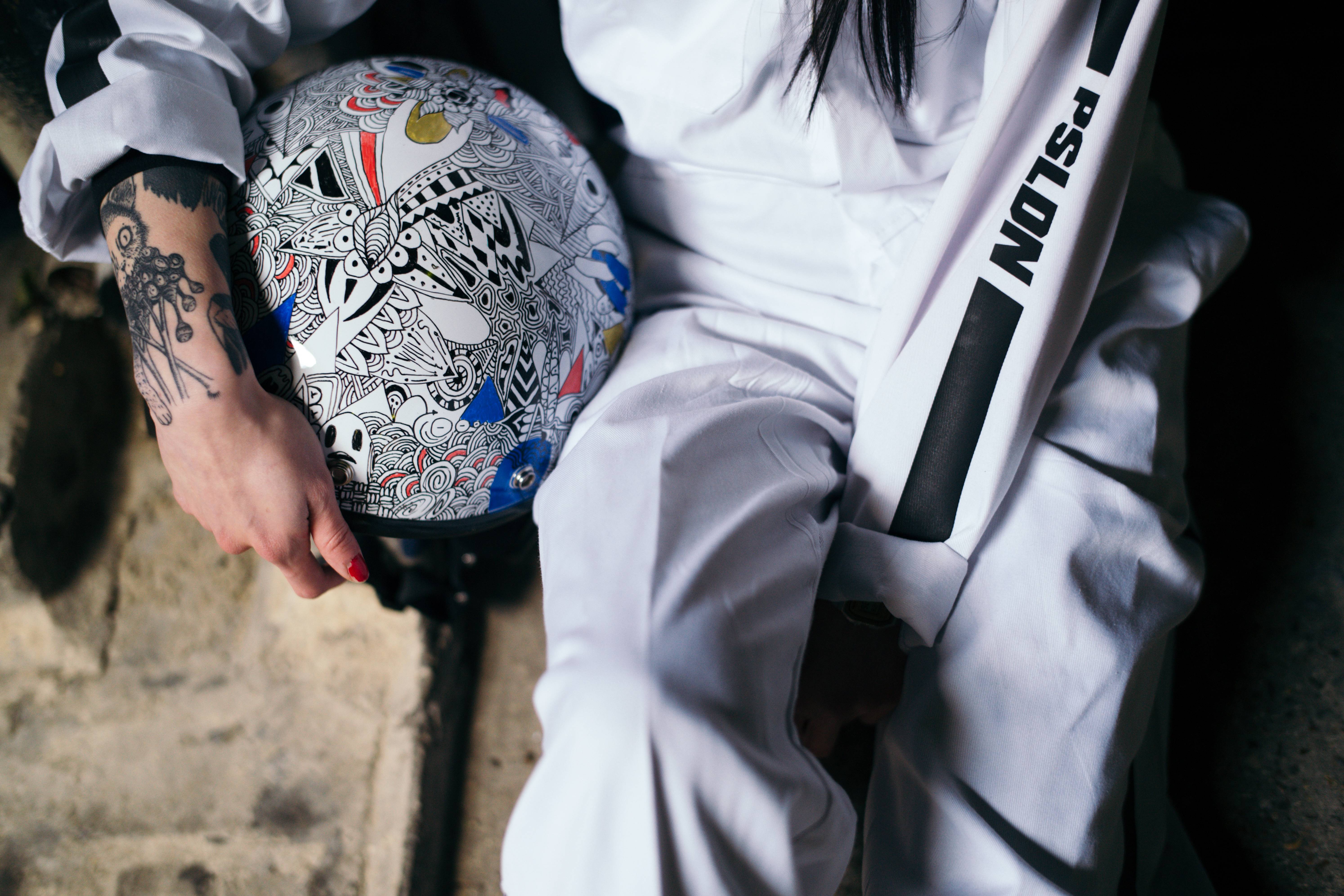 This has actually been in the works for a while, but due to model cancellations this was the best time we had to shoot this. The last time I met with the designer, Gianni, was back on the 2nd. Since then he met up with several different models, but I’m really glad we ended up with the two we shot today. 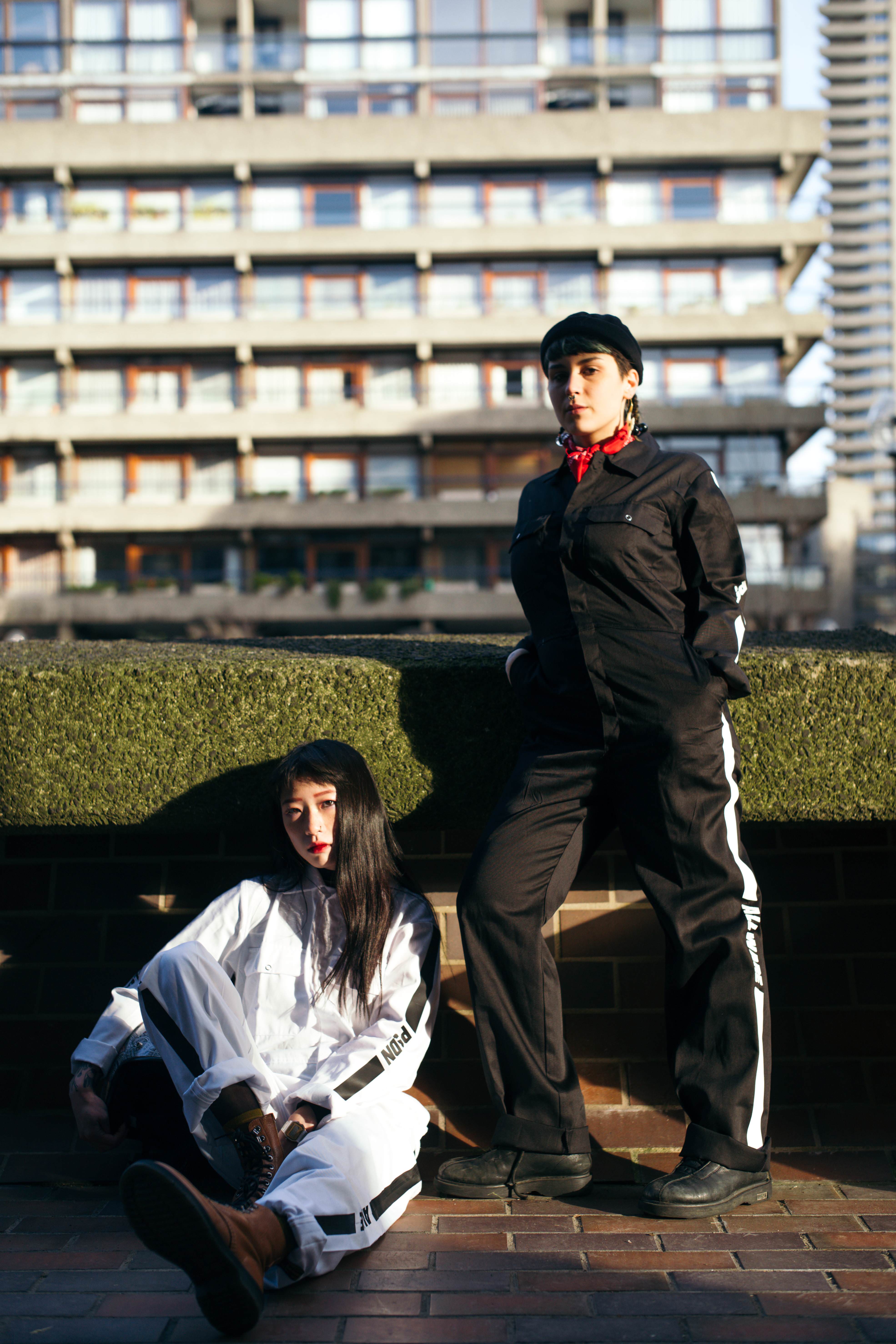 Some models can be very difficult to direct, quite unnatural and unrelaxed, which takes time throughout the day to settle them into a workflow – aside from a slight language barrier with one of these girls today went fantastically smoothly. 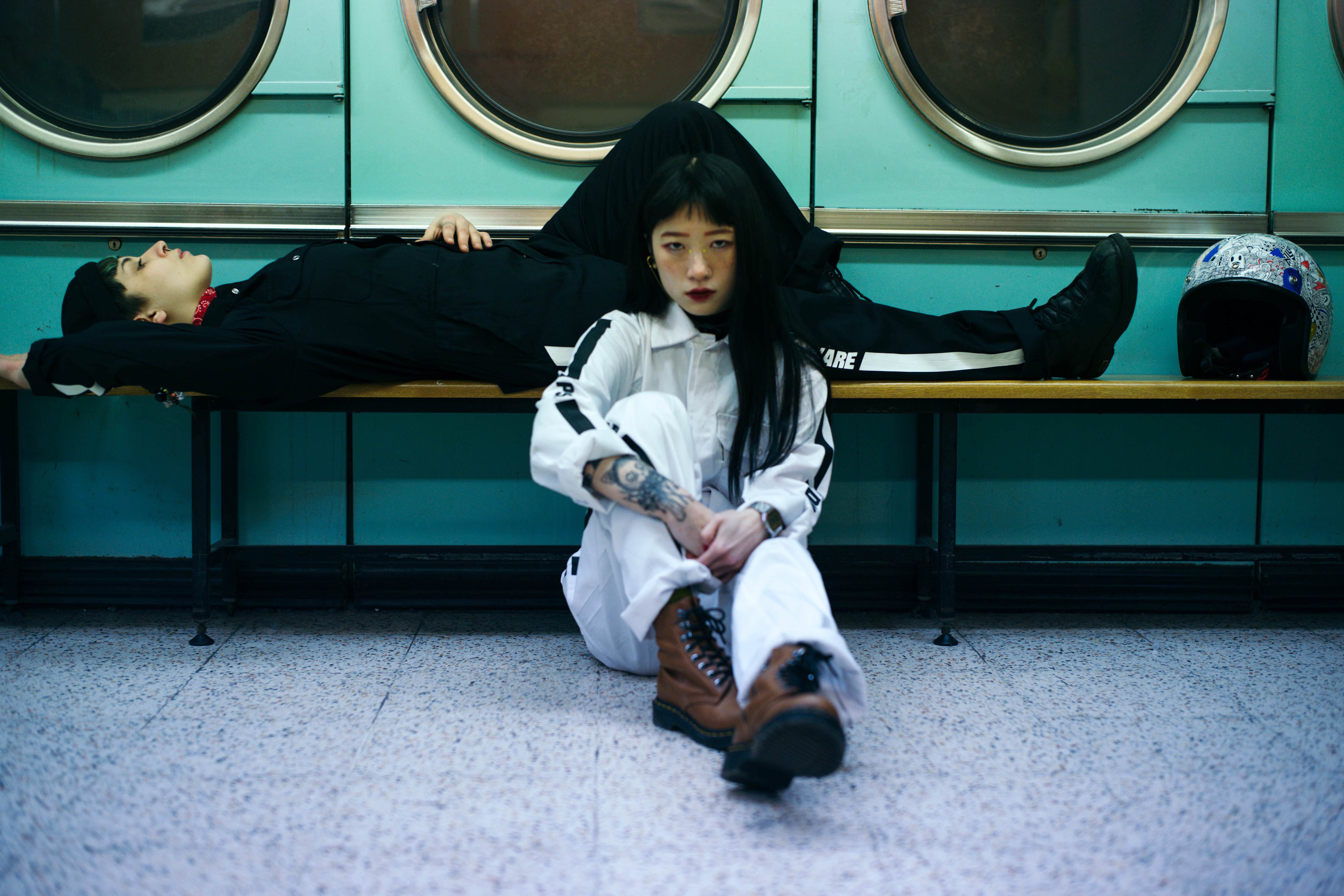 They understood the concept behind the images and responded exactly as I needed them. We were able to get much more done than usual because of this, as we didn’t need to waste any time developing any kind of rapport. 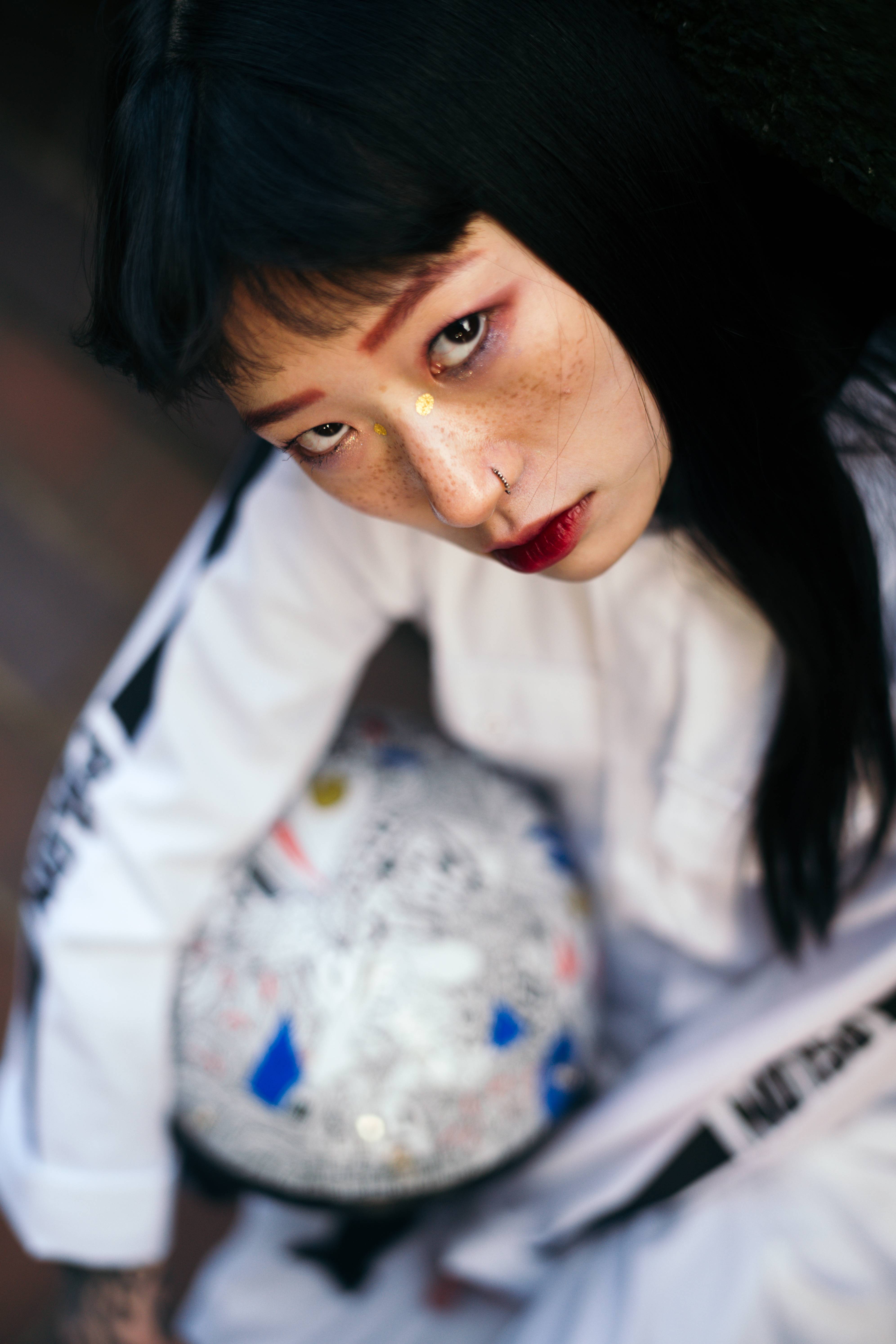 We started off outdoors, to take advantage of the short-lived winter sunlight. After this we moved around different areas, especially the parking garage, as that was fantastically cinematic. 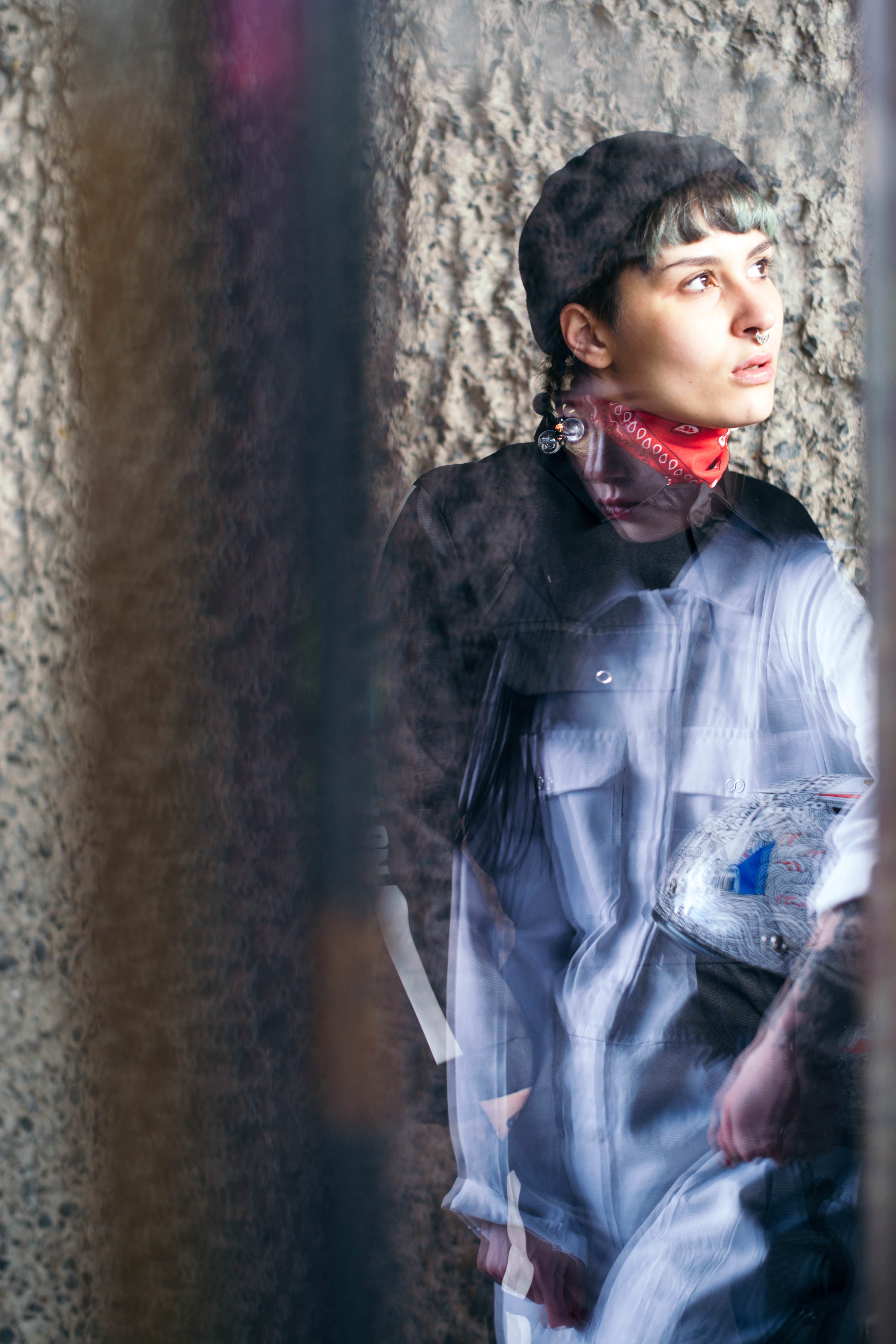 The shoot was a fashion concept, involving a biking helmet that an illustrator had collaborated on, and some jumpsuits in the brand styling. These worked very nicely on the models, and I think that the cinematic style we went for is really evident. 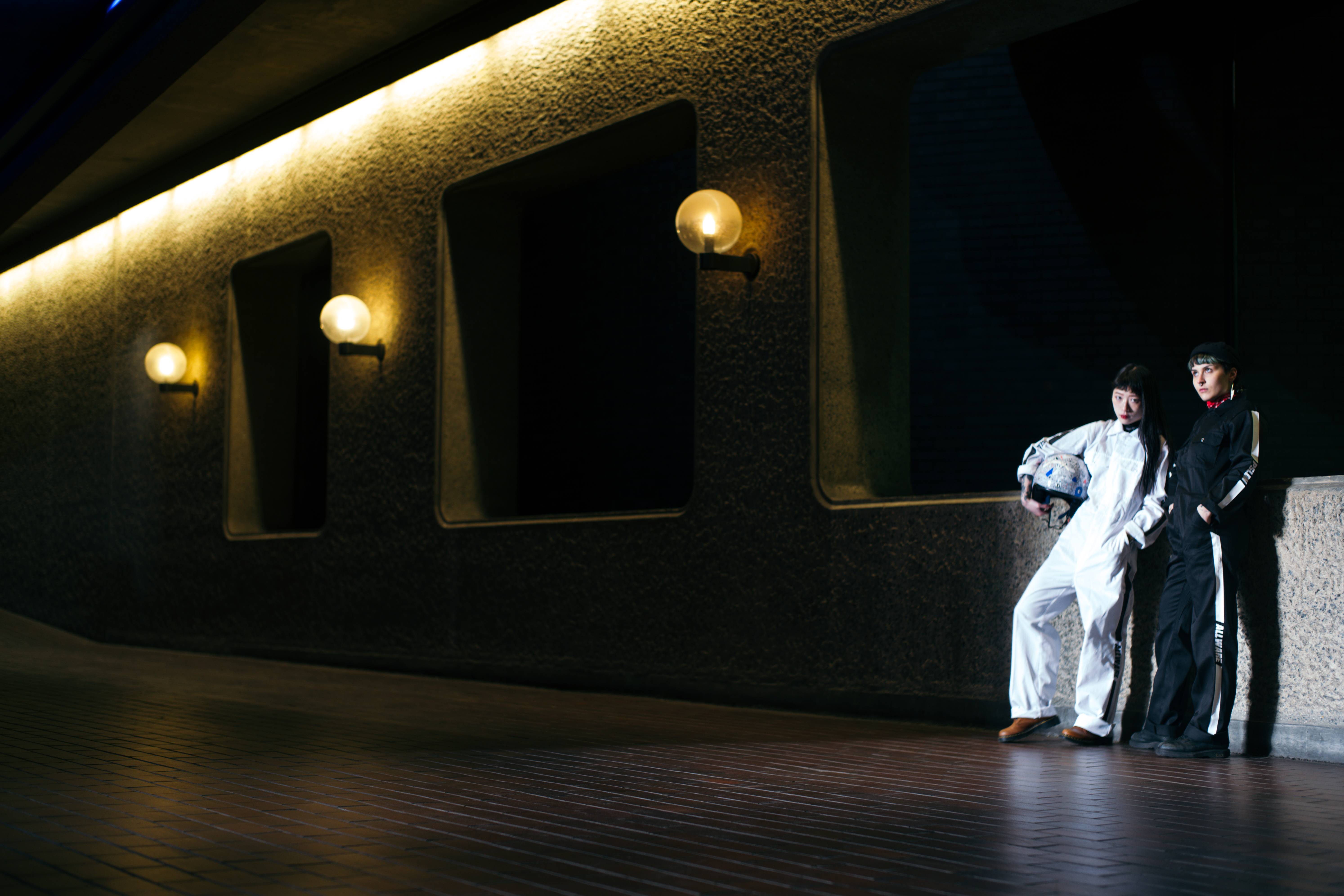 I don’t want to produce the generic fashion shots for catalogues and instagram; I like my characters to interact, for there to be energy, and a narrative consistent throughout the images.

I took quite a few images on film, using my digital to meter when I needed precision. I’m looking forward to seeing what those turn out like, as I think there ought to be some gems. 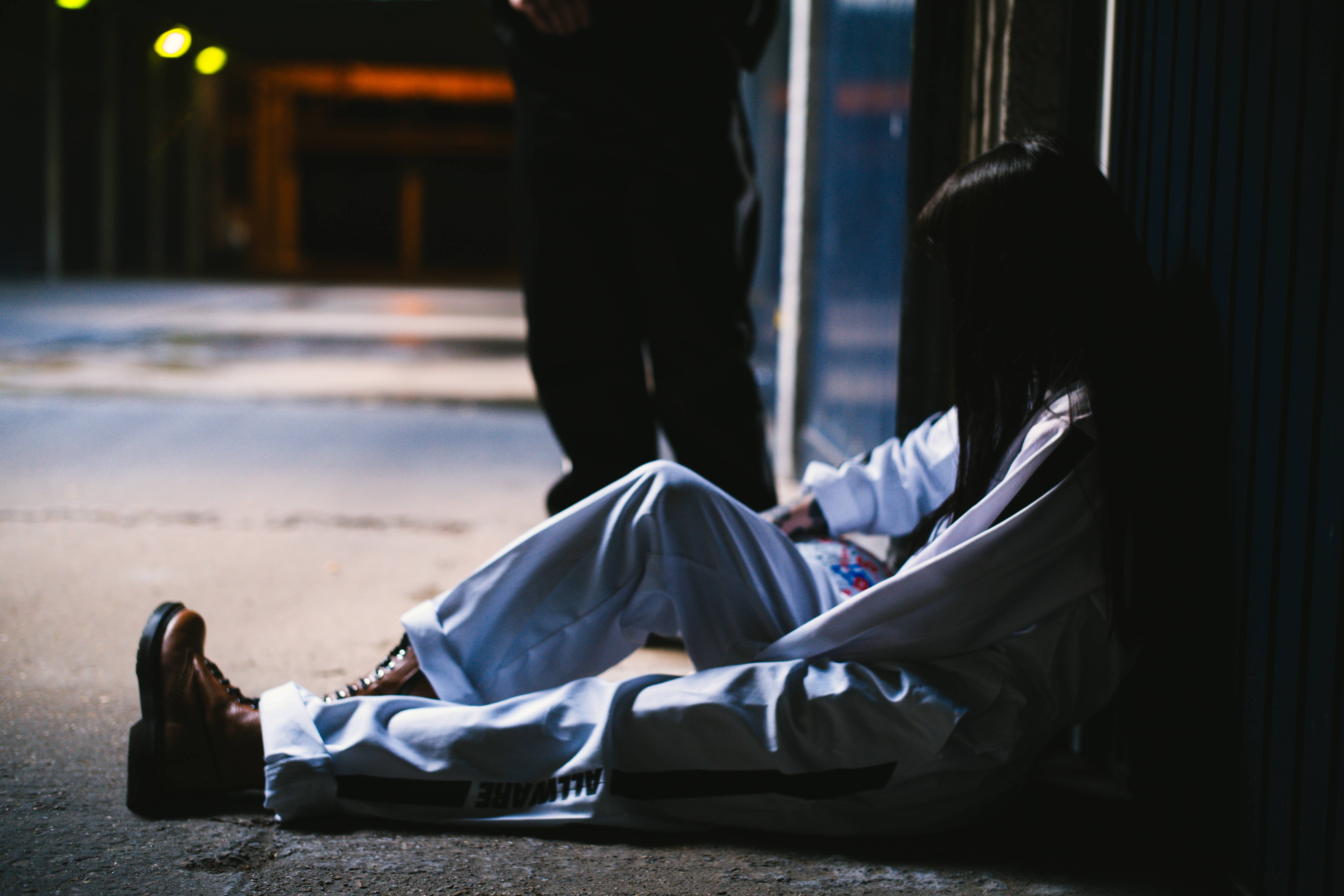 Halfway through the shoot one of the models, Yeule, had to rush off somewhere so we shot the rest with only the other. We went back to the garage and Gianni brought his bike around for some atmosphere as a prop, some of which I quite like, despite not being my usual style. 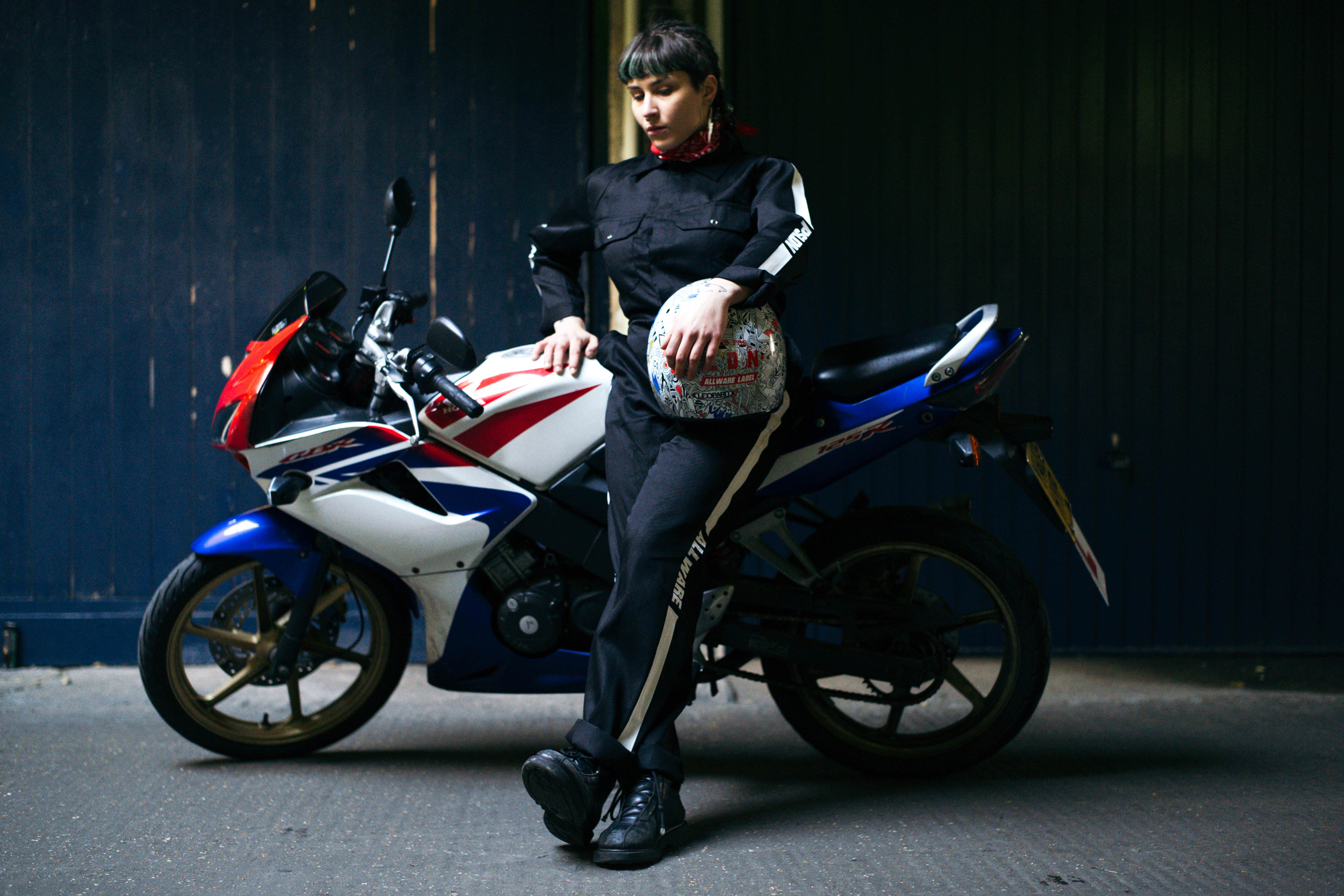 I really liked the atmosphere shooting today. It was a location I already know fairly intimately, and the unexpectedly good light allowed for some quite dramatic images. 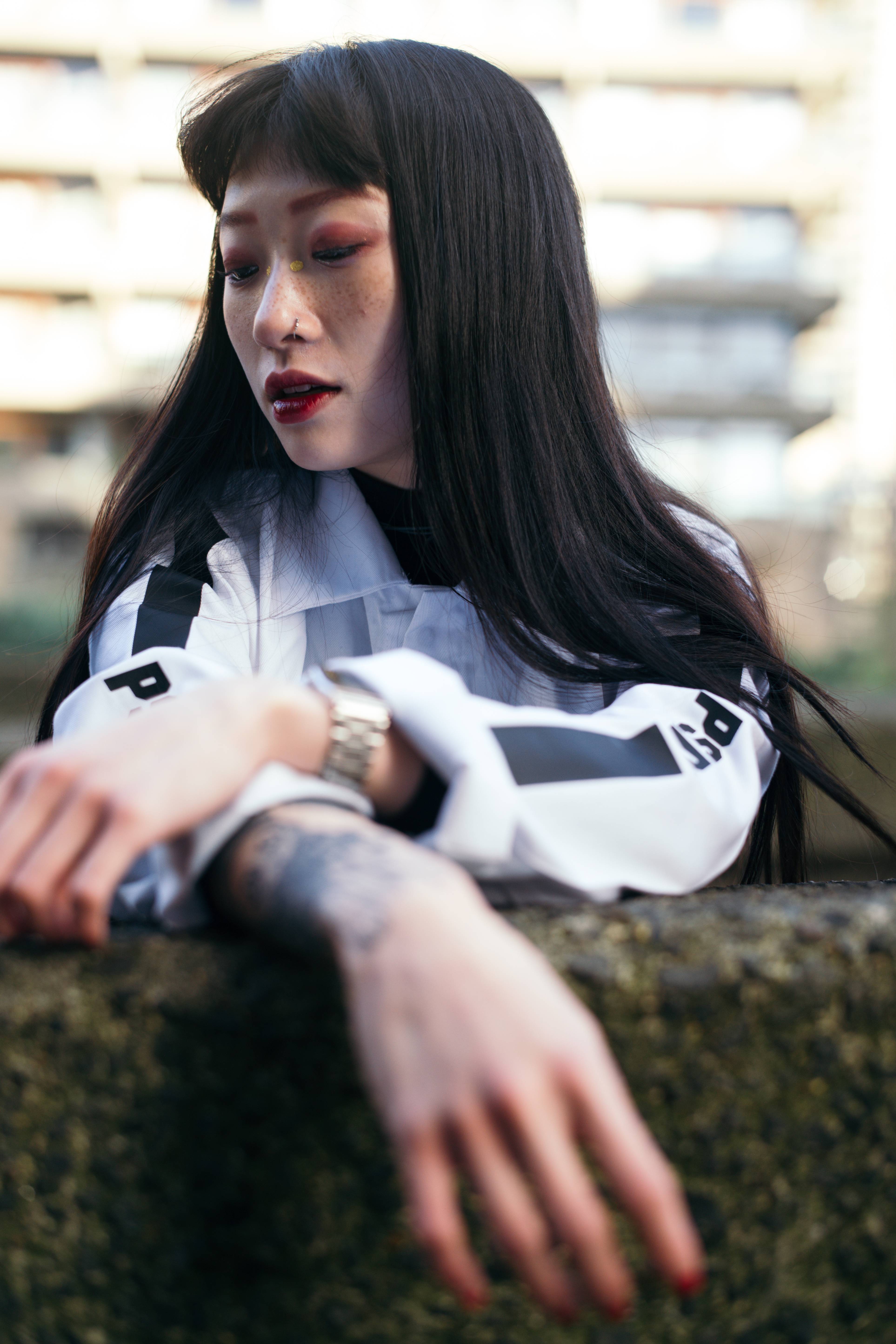 The models were great, and the client was very open to letting me direct things as I thought would look best – he was always very clear that he hired me specifically for my vision and style, which I respect, and didn’t want to let down. 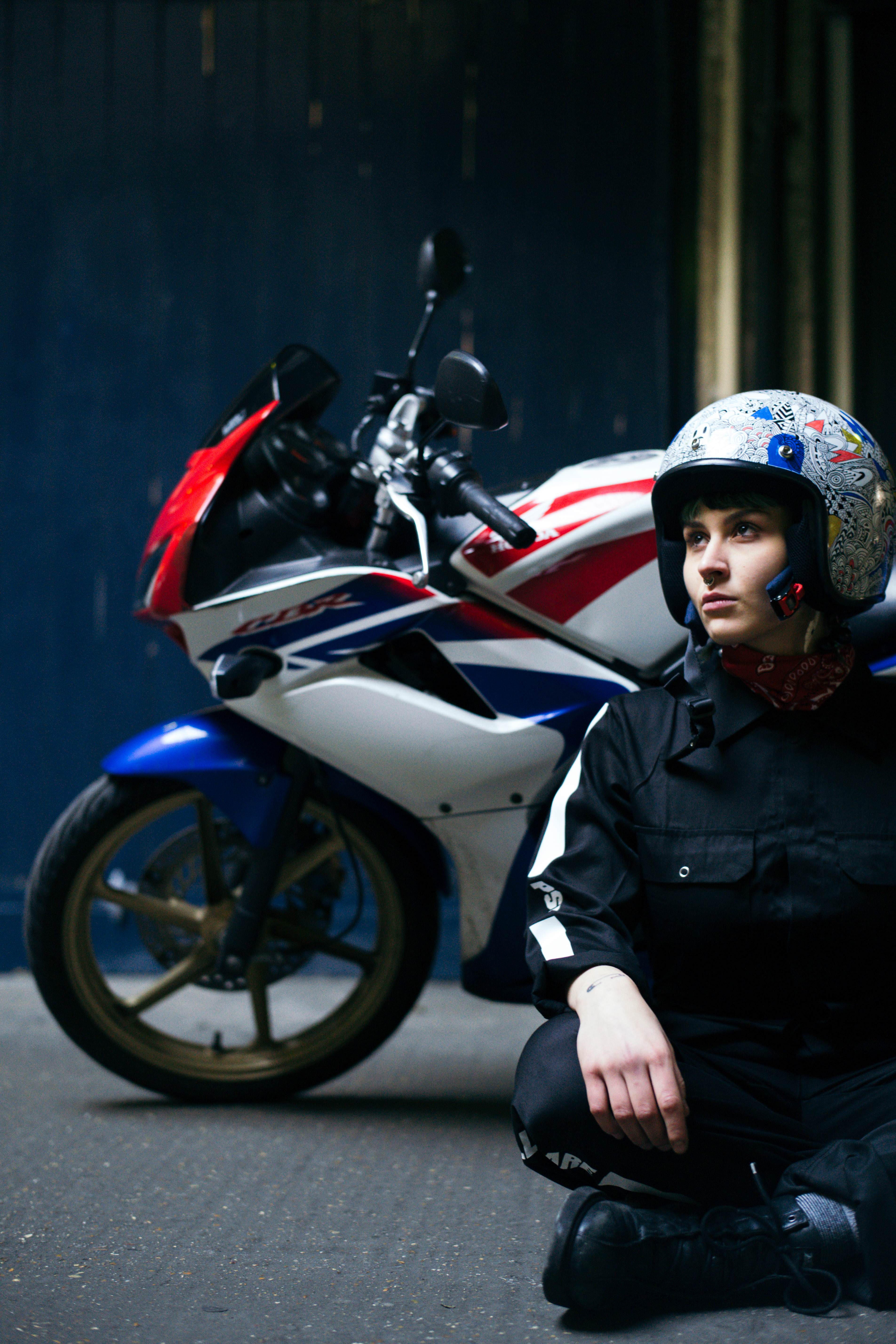 The images are not 100% reflective of my street style, but I like most of the compositions, and I’m proud of what we were able to come up with based on my prior planning and spontaneous ideas.