Today I celebrated a celebration for Diwali, which was held in Trafalgar Square. I’ve photographed so many events in Trafalgar Square, and I was almost expecting to be bored by it – but one of the best things about photographing people not places is that you can revisit the same location any number of times and there will always be something new to see.

Photographing behaviour, and centralising my compositions around people is a much better use of my time than the way I was photographing before, which was to search for good “locations” and then waiting for something to happen in that spot for me to capture.

I am much more active as a hunter, and the crowded space was excellent for me to work in. 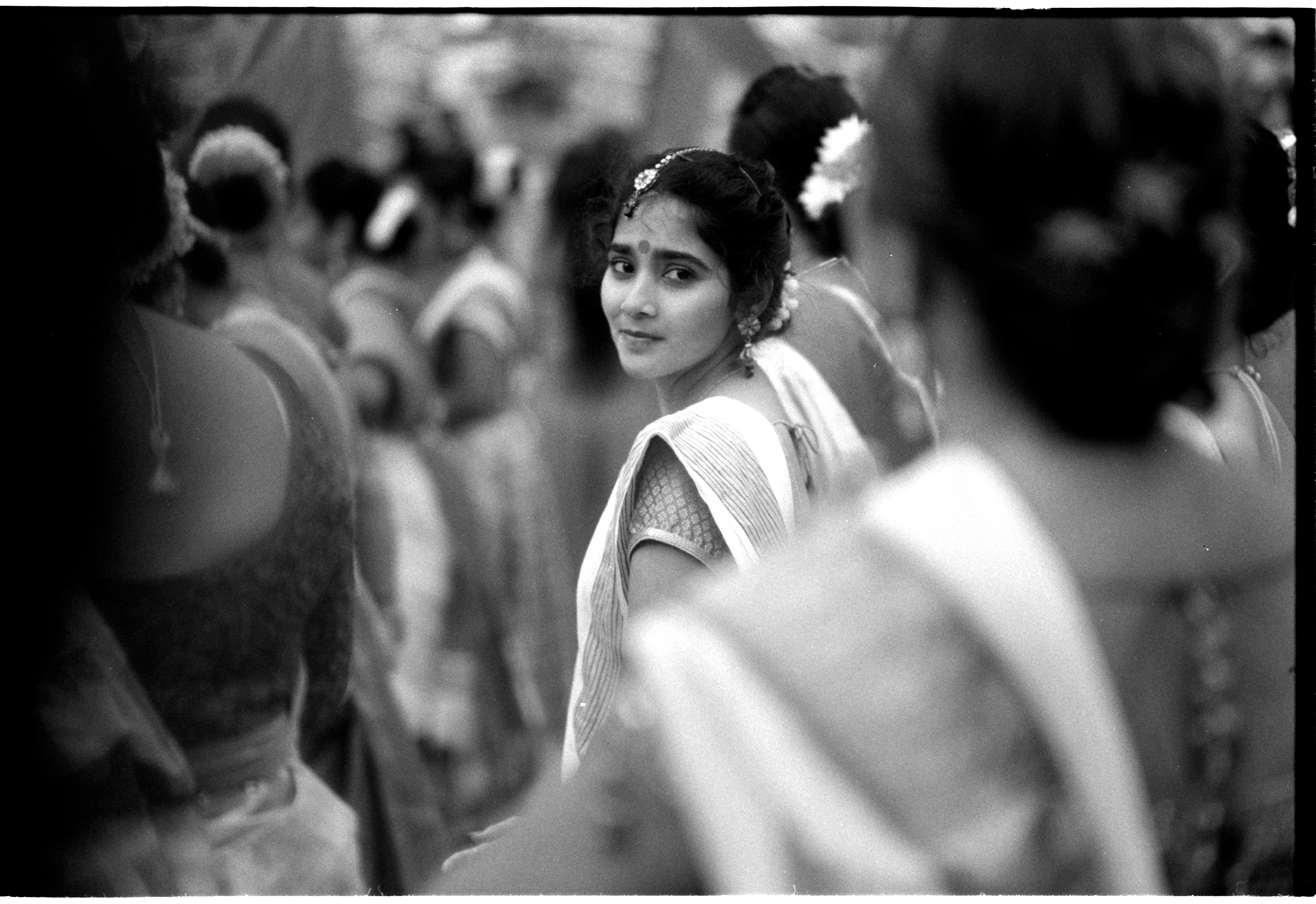 I was shooting on my FM2, with Delta 400. I’m liking the FM2 a lot more than I thought I would, and it’s quickly overtaken the much heavier F4 as my daily winter carry. I was also shooting with a 24mm lens, which is quite a different focal length for me. It isn’t that dissimilar to my 21mm Zeiss Biogon, which used to see a lot of use, but these days not as much – I’m considering selling it if the results from this Sigma 24mm continue to impress. 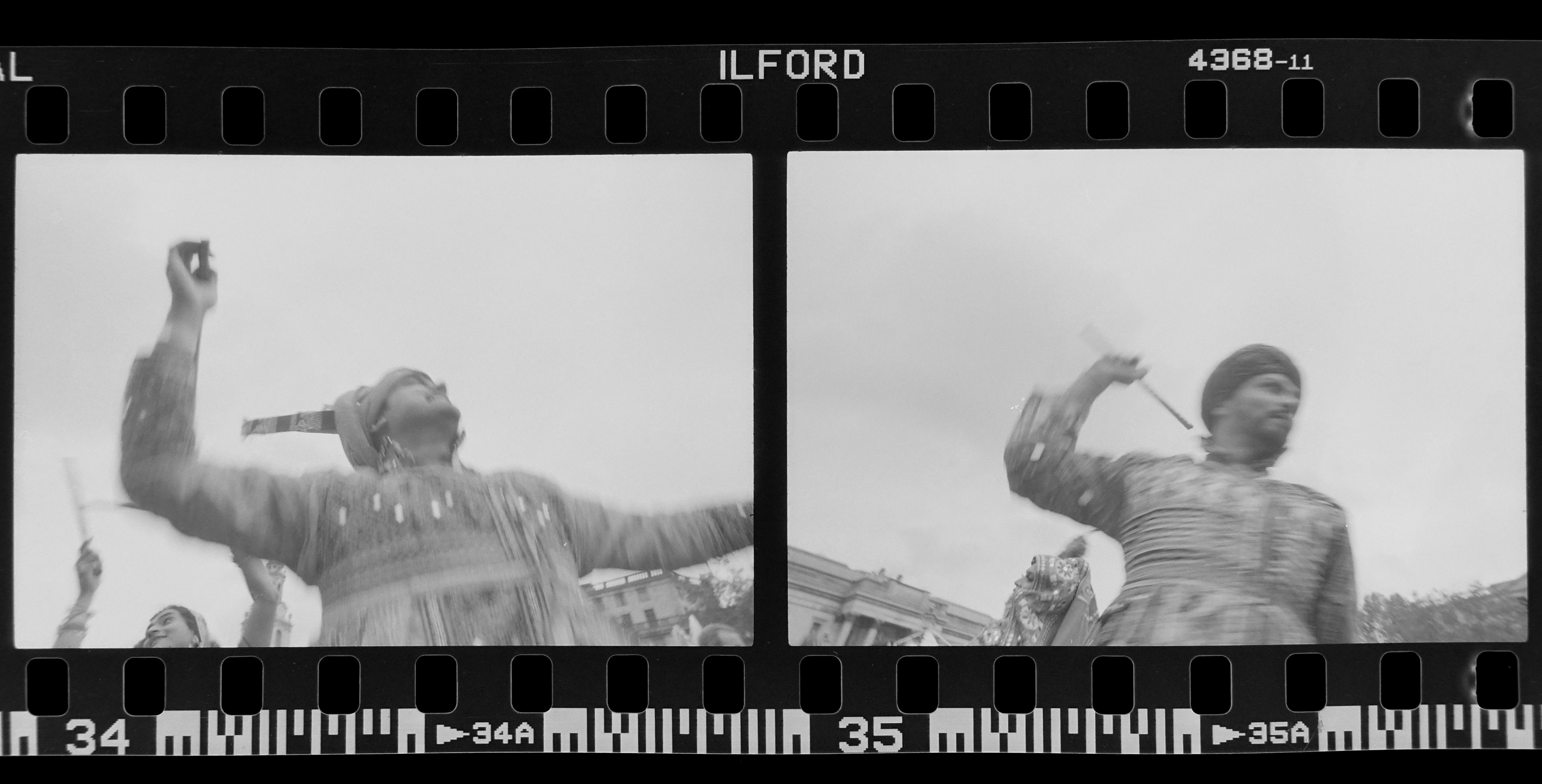 I was able to get very close but still capture quite a bit of context – not expertly, I definitely need to practice with this lens a bit more. The images I made on 50mm were much nicer.

There was a wonderful display of dance, and as a photographer I had to option to go into the circle and join them – I declined at first, preferring to shoot from the sidelines, but eventually I got right into the heart of it and had a much better time capturing the activity around me. 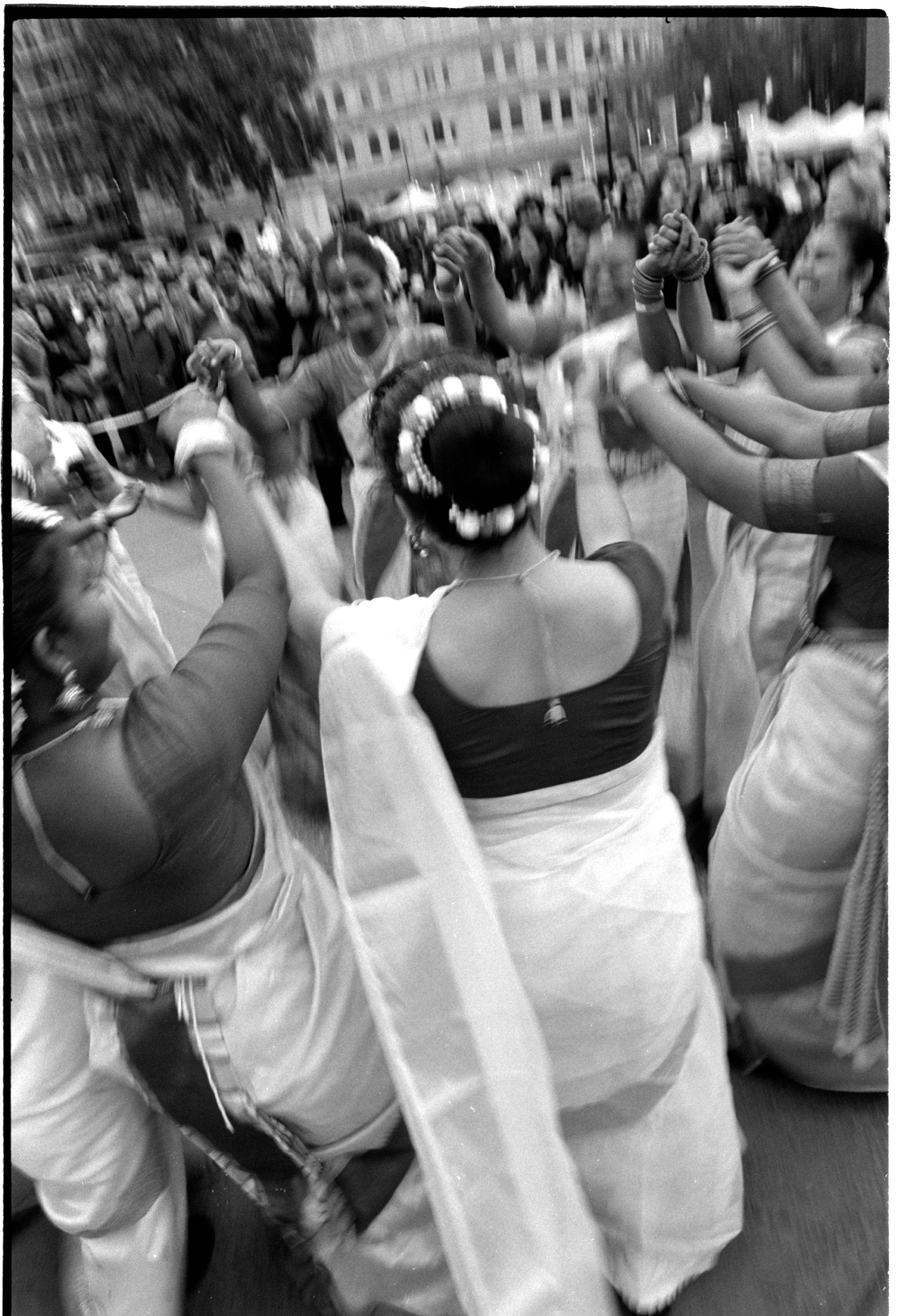 I wanted to really emphasise the energy of the movements which meant panning at between 1/15ths and 1/8ths. These weren’t all a success, but I’m happy with the ones which turned out mostly legible. 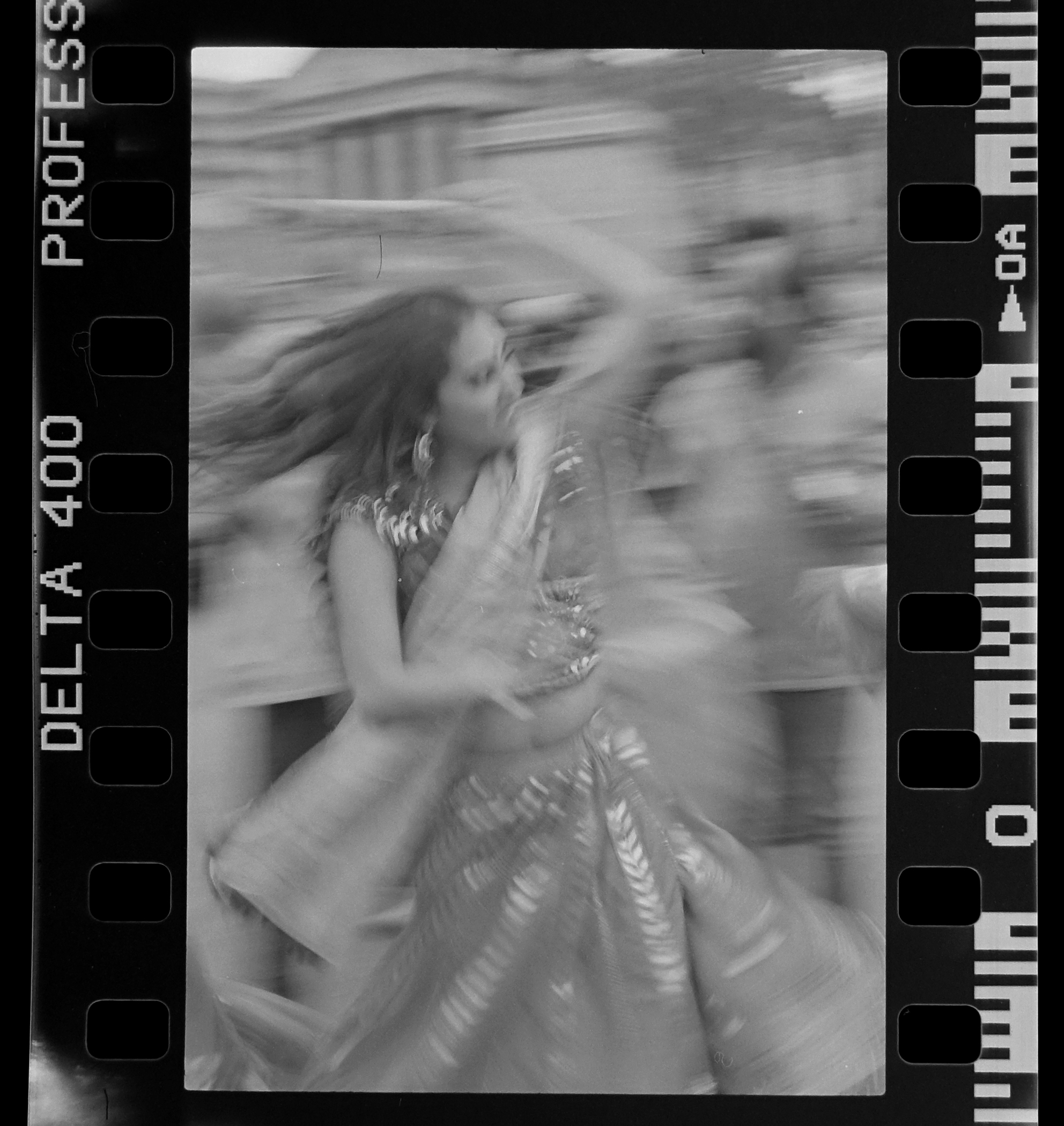 Panning is always a risk on film, I feel I have to nail it in one frame, which means a lot more precision in my movements. The actual technique is no different to digital, but that added risk always gives me pause before I utilise it. 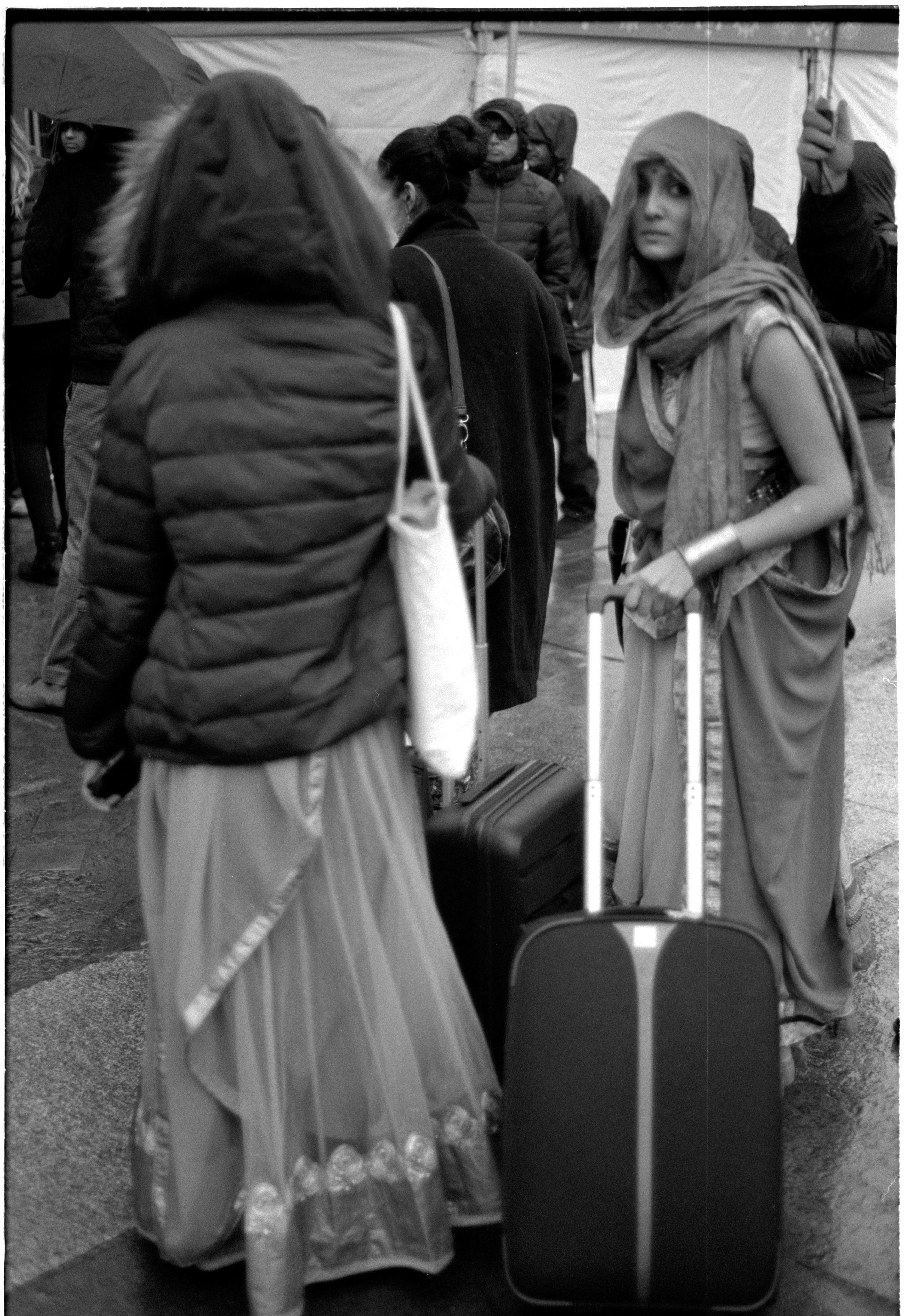 After the opening dance ceremony I had the afternoon to walk around and capture characters. I was particularly drawn to those in the traditional dress – very aesthetic! 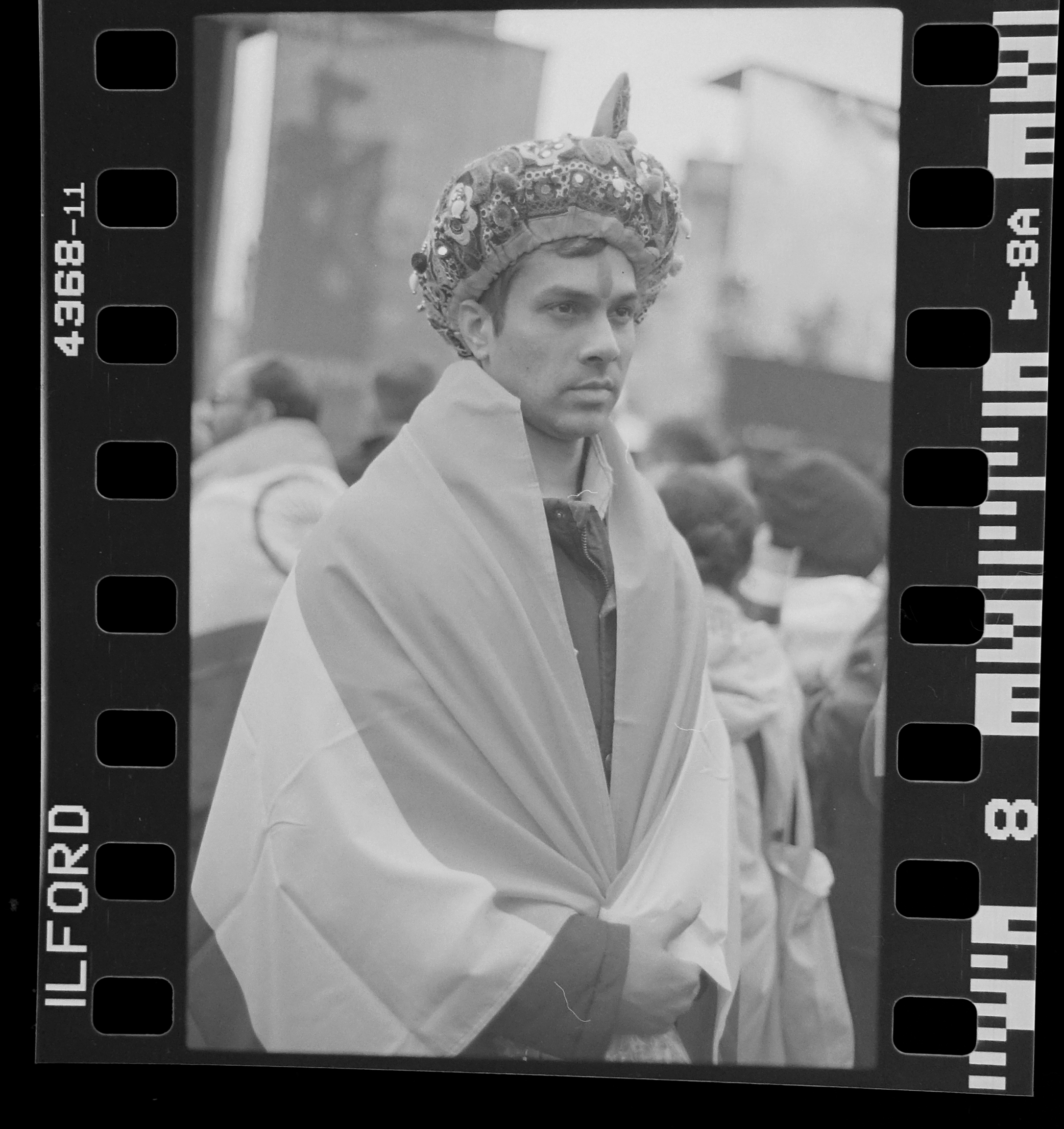