I recently returned from a trip to India, where I had travelled with the specific goal of creating photographs. During my time there I photographed entirely on 35mm film across three cameras: my Leica M6, Nikon FM2, and Olympus XA. I shot 23 rolls in total, which breaks down to 18x black and white rolls, 3x C41 colour negative rolls which were exclusively shot in my XA, and 2x slide films, which were shot in my M6.

In total this equates to about 828 frames, which is quite a bit more than my usual monthly workflow, but this time condensed into only one and a half weeks. I really dislike having work pile up unseen, and I prefer to organise, scan, curate, and then publish my work as soon as possible.

This was definitely my largest batch to work through in one go, so I had to do so methodically and carefully. 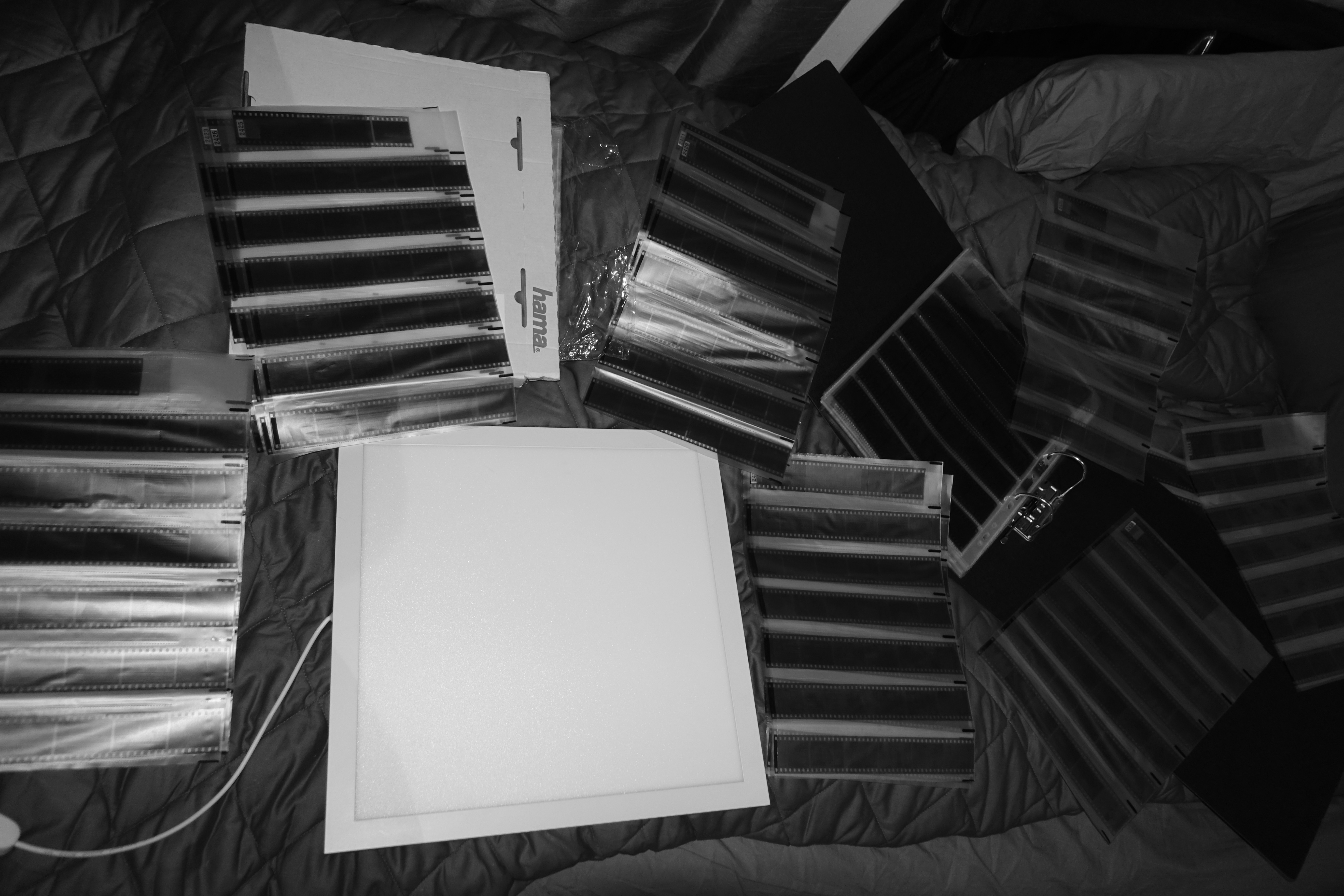 I didn’t want to rush through things, so I allocated a few days and evenings where I could solidly spend my time undistracted examining the value of every one of those 828 images. I did my best to sort my sheets into chronological order, which proved fairly difficult.

This is because I worked through my films at different rates, perhaps using one camera across two days, while shooting multiple rolls in the other. This means that it is not simply one roll, one date, but rather multiple rolls across multiple dates. I dealt with this by instead organising them in order of date loaded.

I started with the black and white images, which were the main bulk of my work. After sorting them by date I began reviewing and scanning.

I averaged out at 20 scans per roll, which is a fairly decent keep rate. This resulted in 414 black and white scans for me to tweak and archive. After each sheet was finished I would fix a label on the outside of the negative sleeve, detailing the camera, film, and locations the film had been shot at. I folded the corner of this around the edge so I would be able to differentiate my India work from other work in the folder.

After this I shot the contact sheet for each roll, which I did by putting the negatives on my light-box and shooting a snapshot on my RX100. I then went in and shot closer images of frames I remembered as being particularly good, so I could showcase these when necessary.

After doing this for all of my films I uploaded the work to my cloud storage areas, and made a few folders – one with all scans and contact frames, one with all the contact sheets, one with A-Roll images and one for B-Roll images.

The A-Roll selection ended up being 30 images, which I’m fairly happy with, and the B-Roll ended up with around 100. These numbers may change over time as I go back and revisit these with a more trained eye in the future.

I then moved onto the C41 colour films, where I ended up scanning almost the entire roll of each of these. I had shot my snapshots very freely, and not in many sequences, which meant lots of individual frames to work with. This gave me 80 more scans.

In total this scanning, collating, and curating work took me 45 minutes per roll, and I was able to get it all done within three days. 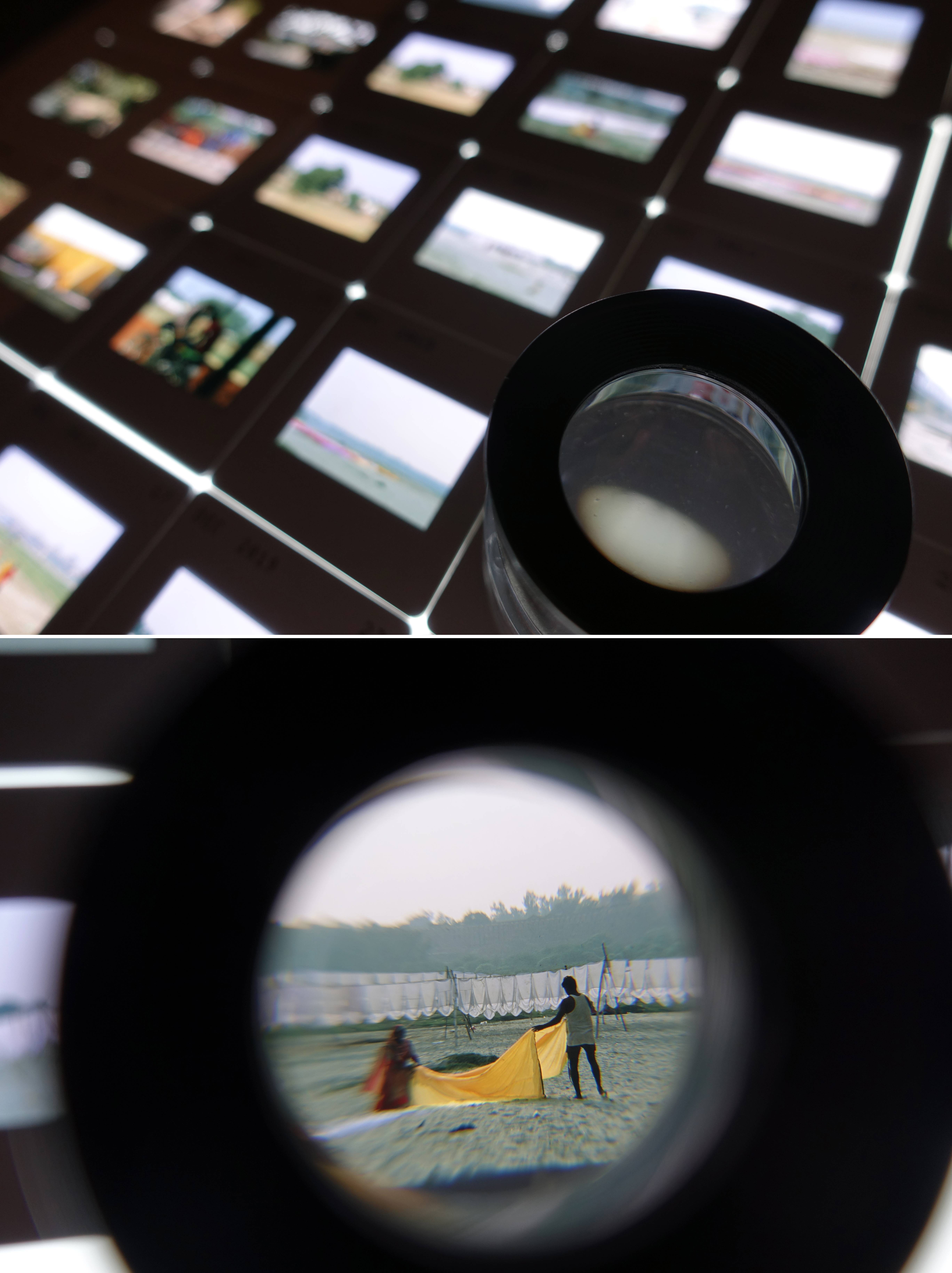 My slide film arrived a week later, and I scanned the majority of these, as most were worthy of keeping if at the very least for discussion in upcoming blog posts; there were very few missed images overall. This gave me a further 71 images, bringing the total scanned images to 565 from the entire trip.