From around 23:45 on New Years Eve to 04:30 on New Years Day the London Underground opens all of its ticket barriers and allows everyone to travel for free, which is a great way to make sure everyone stays safe, roads stay free of too much traffic, and everyone gets where they’re going.

I’ve never really been out too much for New Years, but the chance to travel around and work with the potential of the partiers, drunk people, and generally more busy scenes than are usually available on the underground, really appealed to me, so I made plans around spending a few hours travelling around on the free tube.

I started at London Bridge, and was actually early enough to catch the fireworks which I hadn’t planned on – I was expecting to just see people heading away from the bridge after the show. My time on the bridge went by fantastically quickly – as soon as the countdown had concluded there was just so much to be working with: champagne bottle popping, New Years kisses, people dancing in the street. I was running up and down the bridge for a while just photographing all of it. I checked the time and an hour had gone by already! But I didn’t feel I was missing out by not being underground, the bridge party was that nice. 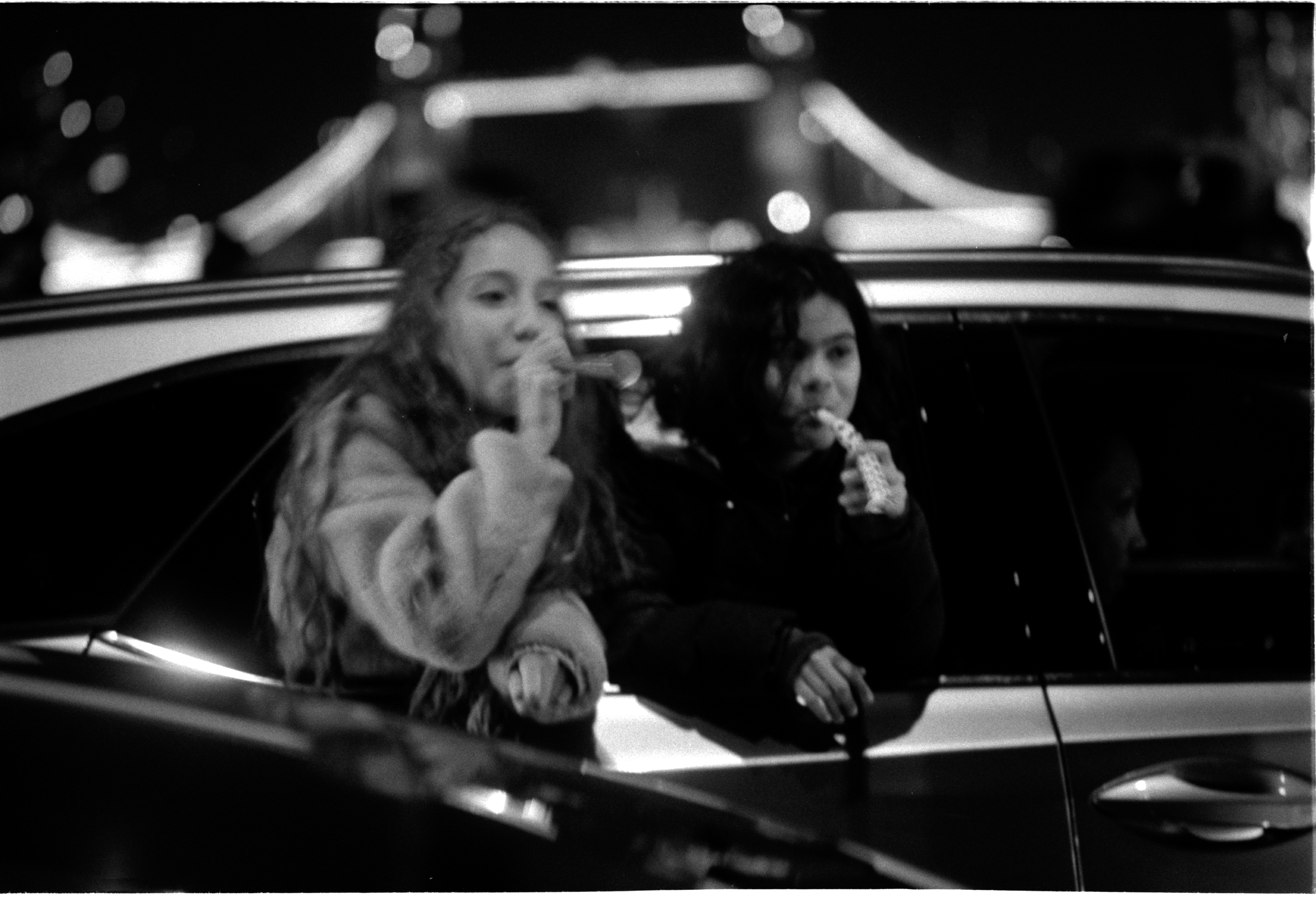 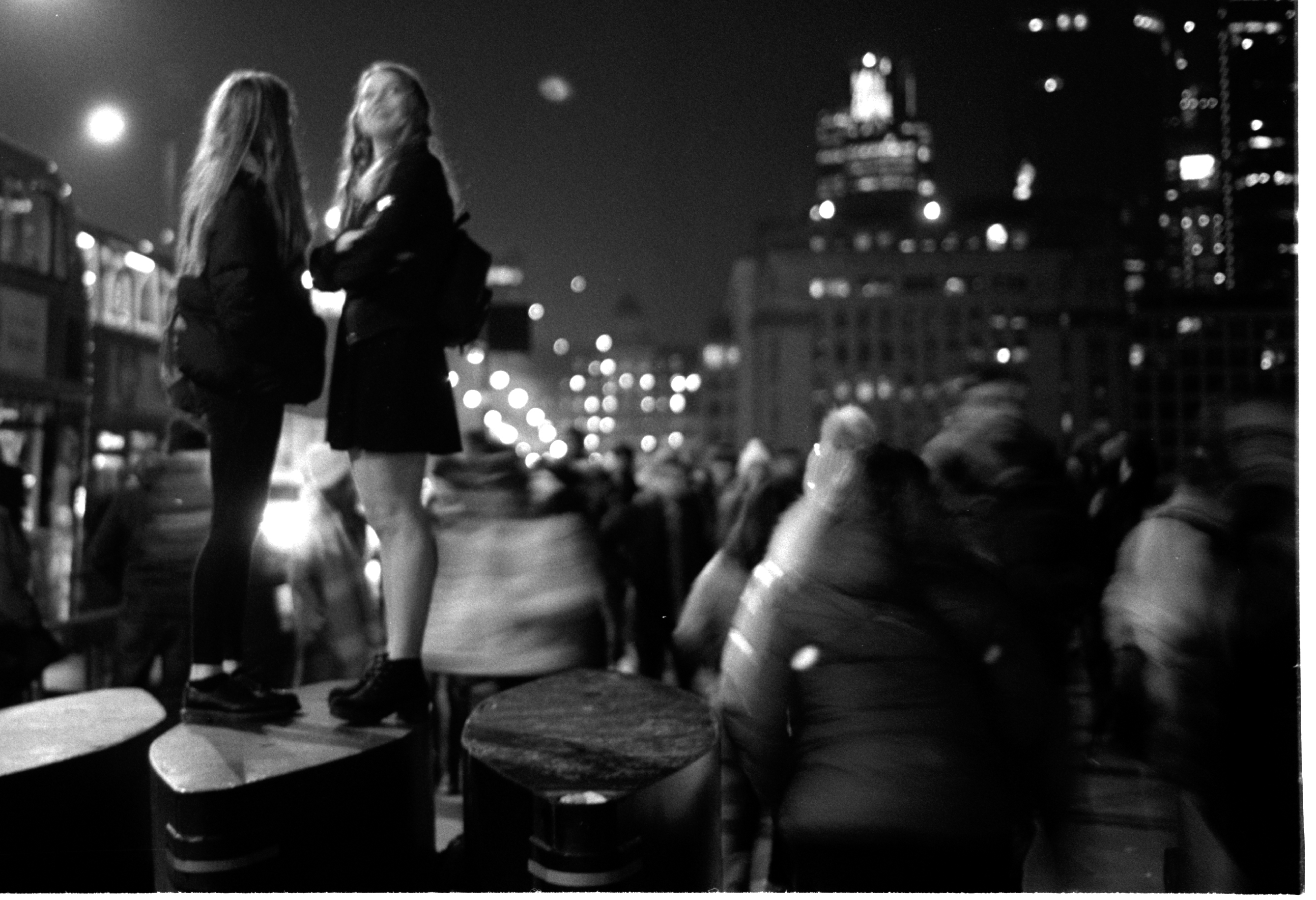 However, a little unfortunately, there wasn’t much light available to work with so next year I’ll be experimenting with flash. This means that most of my images from that hour are underexposed, so a real lesson learned for next year. Either a flash, or much brighter lenses/pushed film. 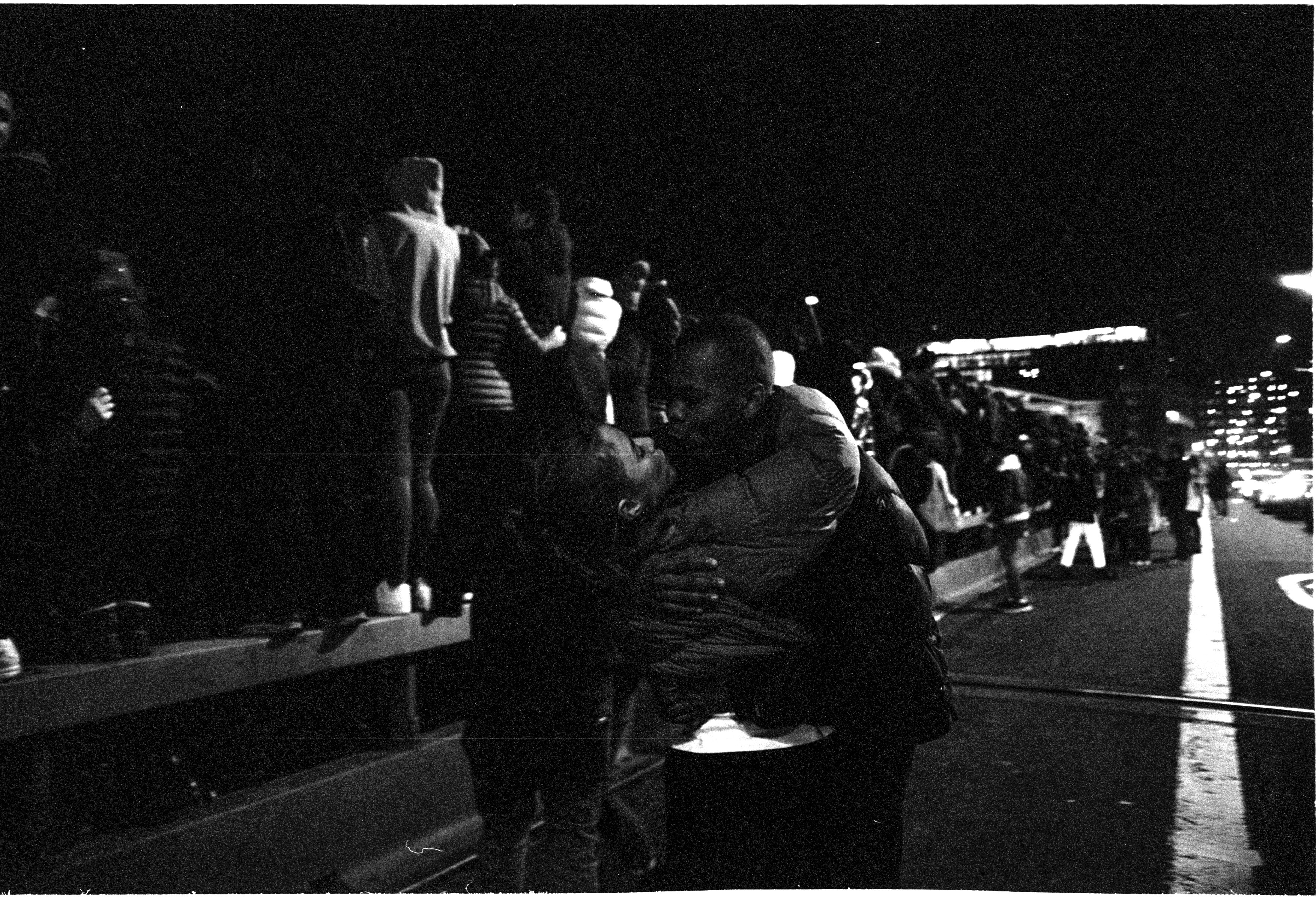 Once I was on the underground I was able to work a little more carefully, and with more light my exposures turned out much nicer. 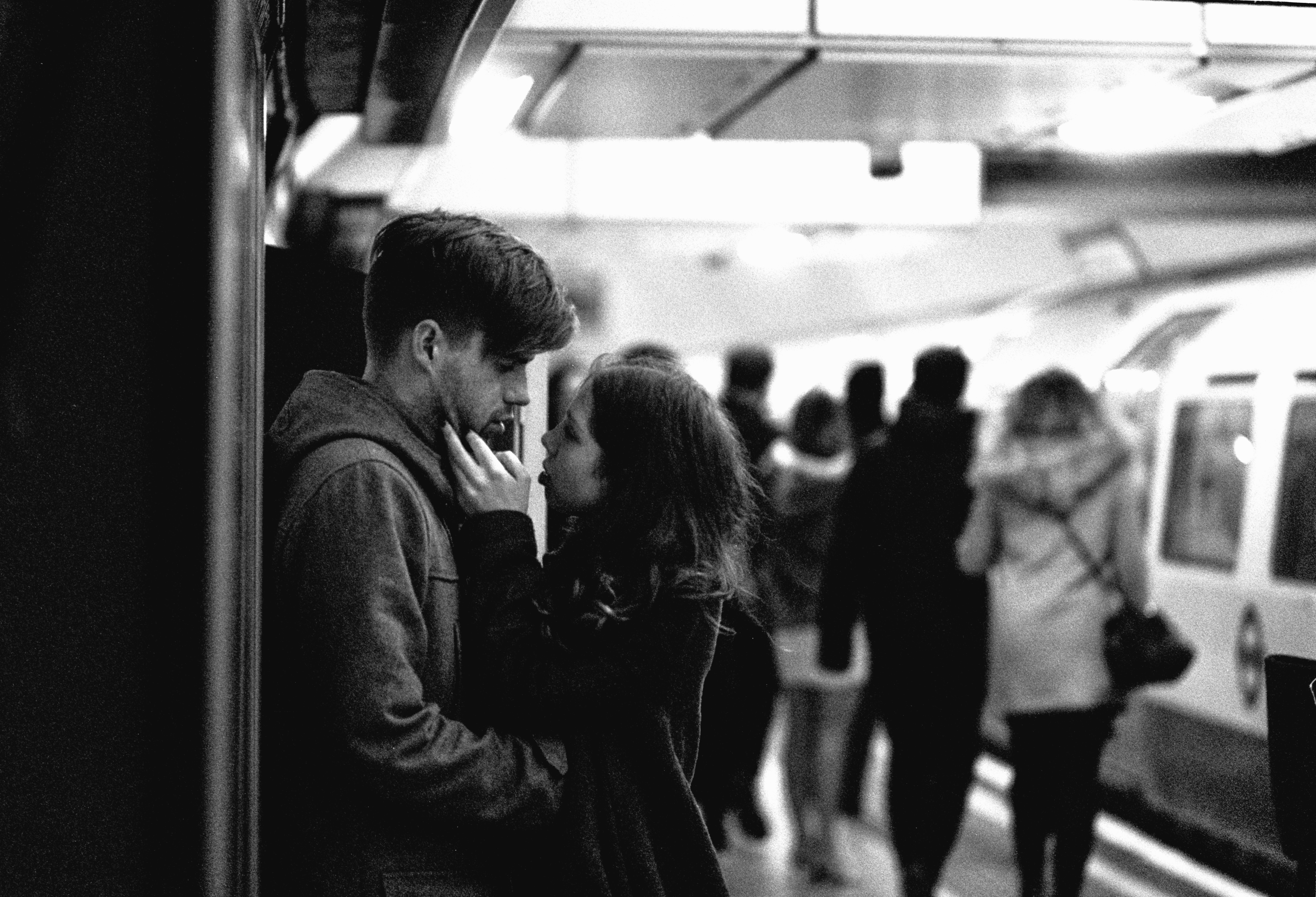 I started on the Jubilee Line, and then spent time on the Northern, Bakerloo, and Metropolitan lines all of which were filled with vibrant scenes. I mostly used my 105mm lens which gave me good reach both when in carriages and across stations. 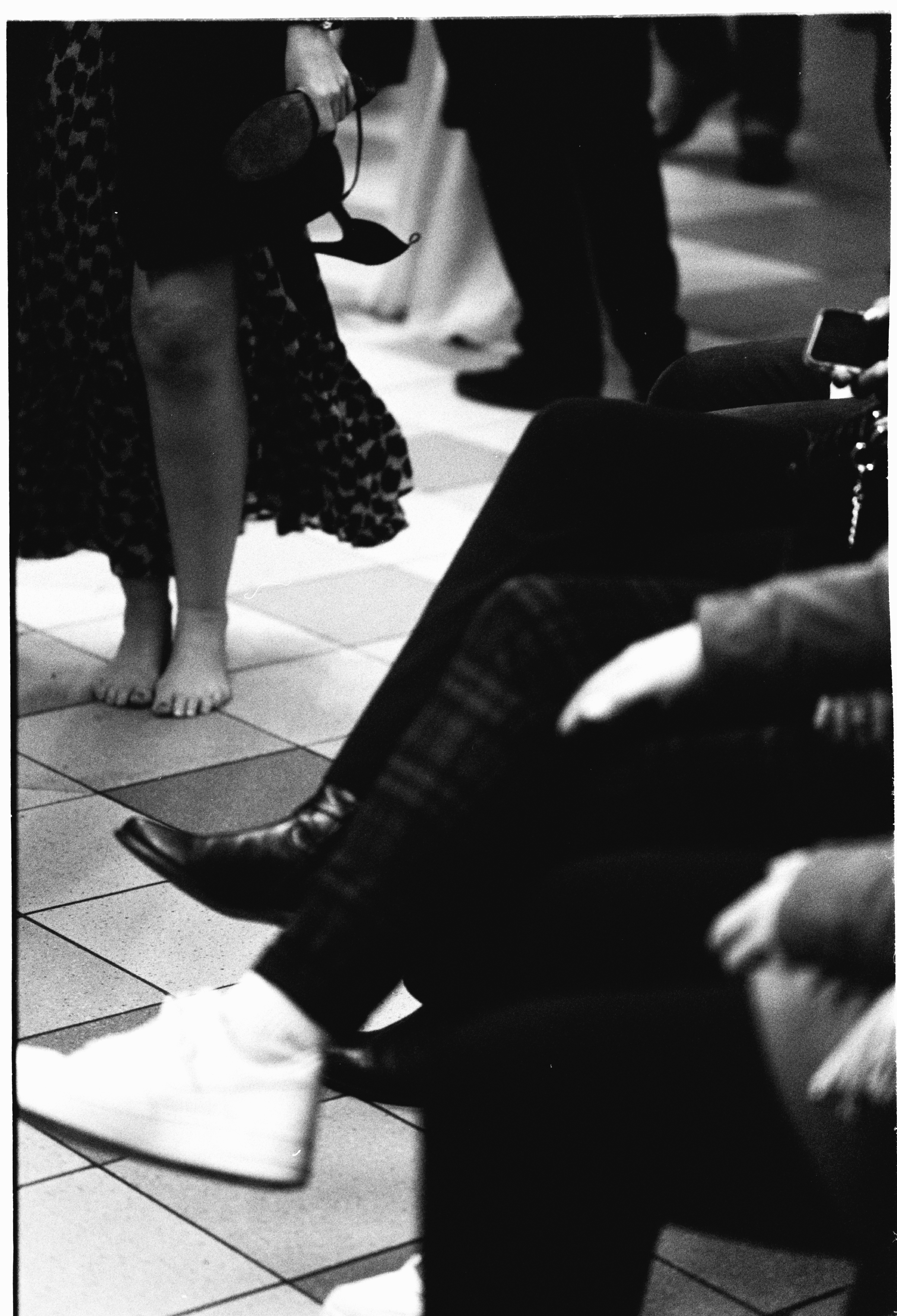 It was a really lovely way to bring in the new year, and I really can’t wait to shoot it again next year -especially considering the number of failures I incurred this time around. 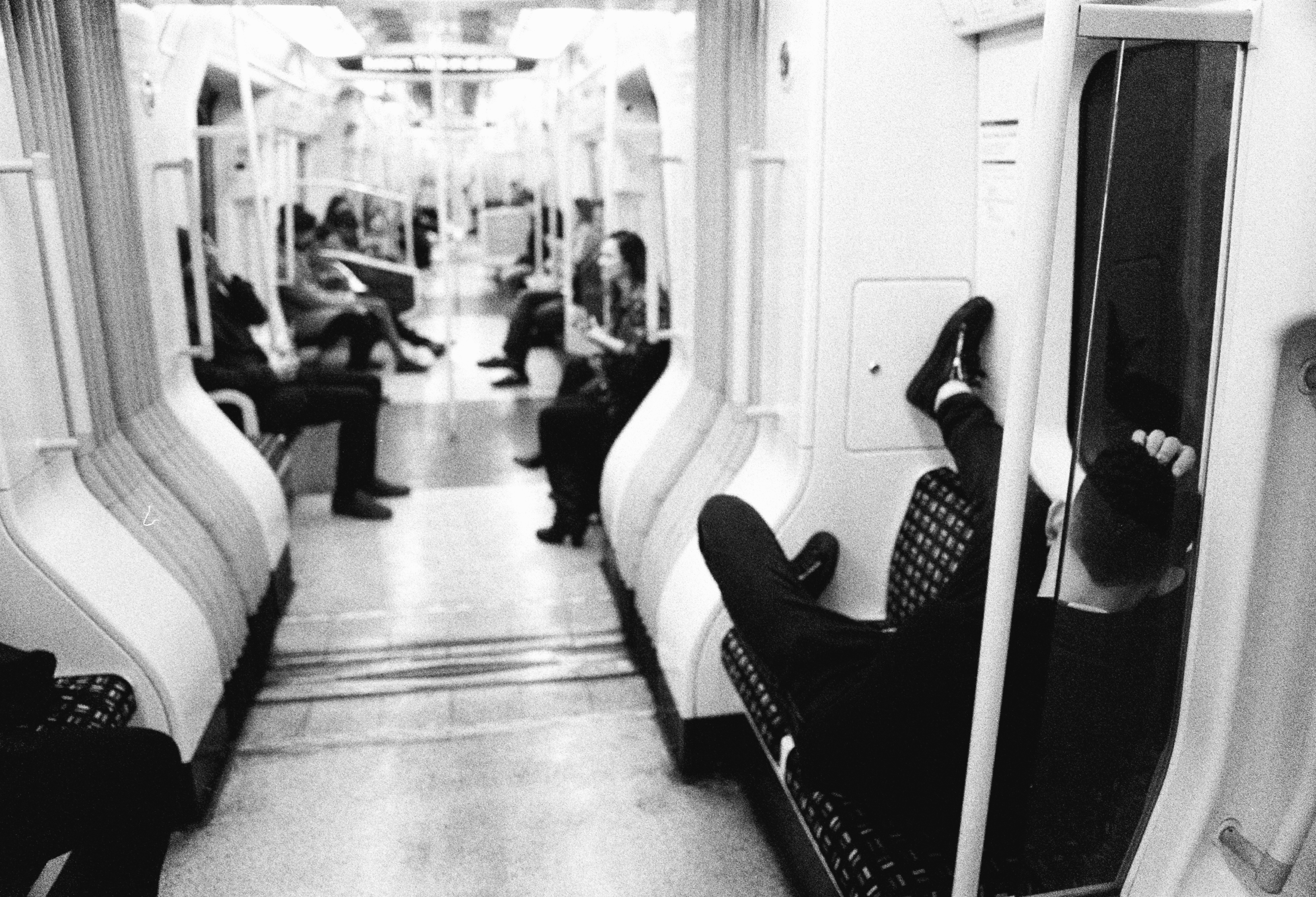 Some of my notes for photographing NYE 2020/2021 include arriving a little earlier to London Bridge to work on a shot involving the actual fireworks from the north west corner. Another is to make sure to load pushed 3200 film, and to keep a flash in my bag just in case – especially for the bridge. I also need to react faster to what are definitely fast fleeting moments. There were a few situations I saw through my viewfinder but didn’t manage to capture in time before they’d dissolved – not specific to this event, but I really wasn’t expecting things to play out the way they did. If anything as a first experience this was pretty decent but absolutely a learning experience for next year.

I headed home at around 02:30, and slept until midday when I headed to the New Years Day Parade. This was a bit underwhelming, with not that much happening, but there were a couple of moments with people in the audience which were worth capturing. 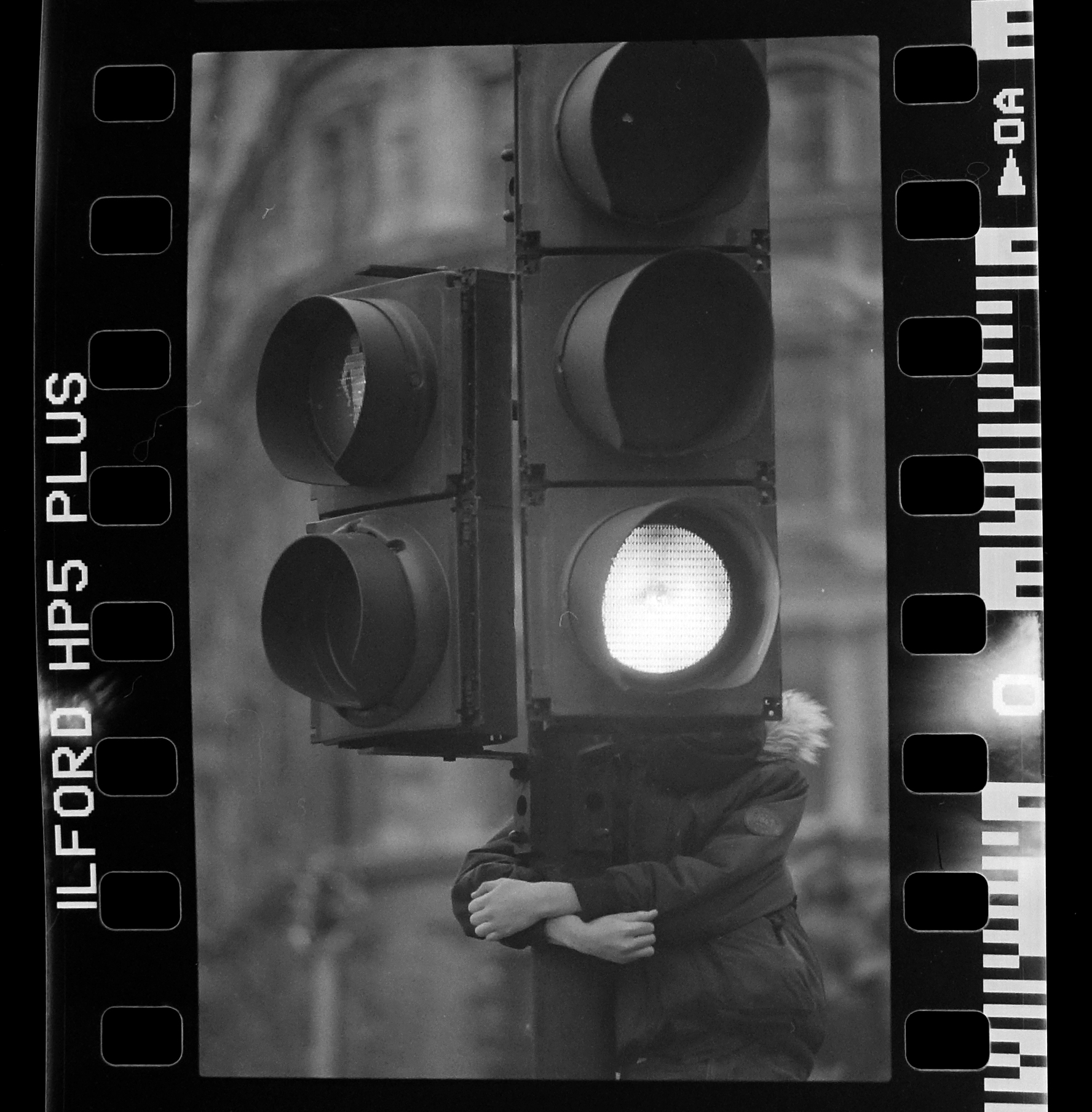 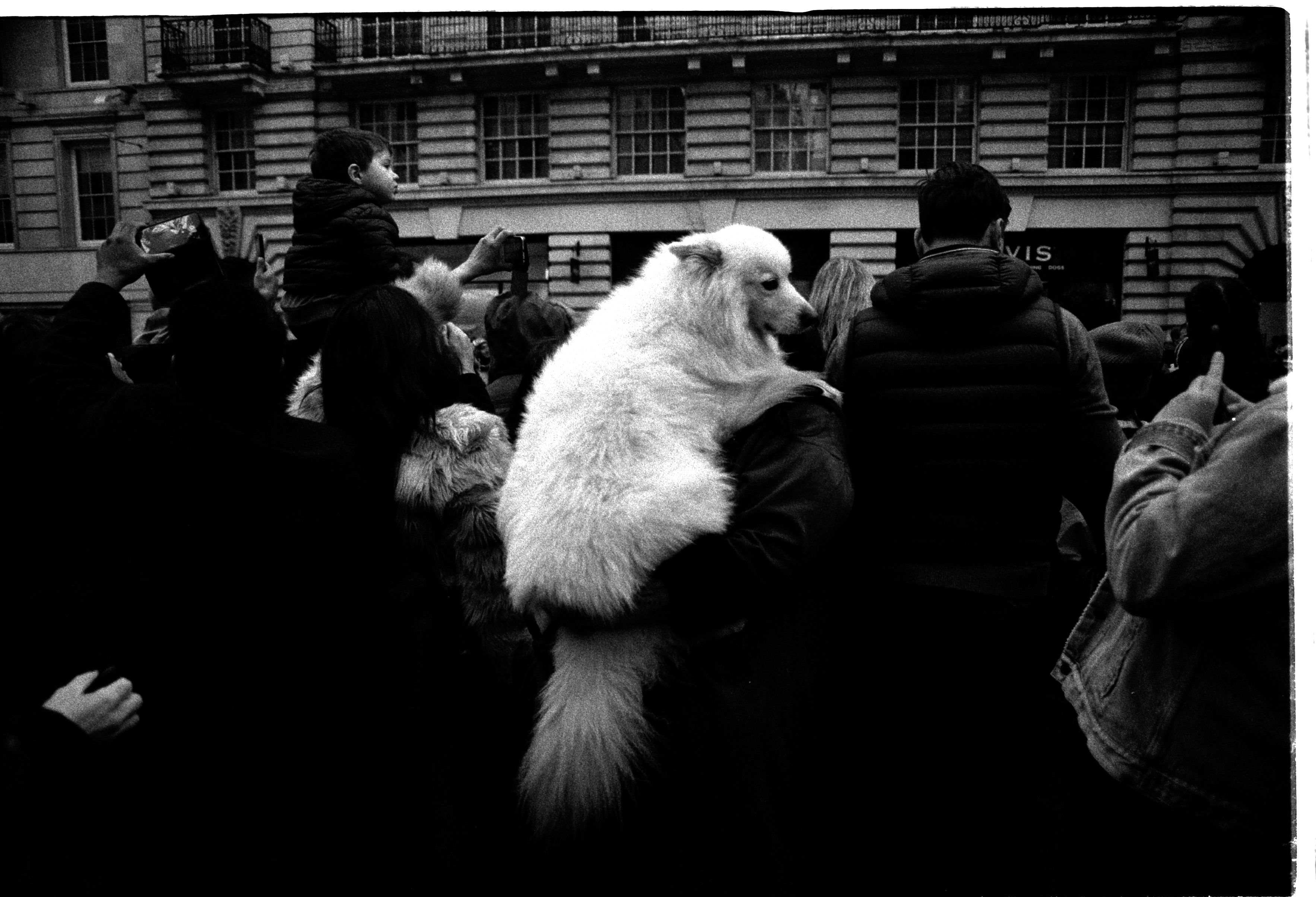