I’ve noticed that a commonly used compliment for street photographs is to describe them as “timeless.” My interpretation of this is that it is used to mean that there are characteristics of the image which in some way transcend the boundaries of the context it was made it, and can exist almost in its own context, its own space.

I think the intention is to say that the image will in some way stand the test of time, that it has an intangible quality above a simple snapshot which elevates it – and these would be fantastic things to associate with an image, and I can really understand the mystic properties a seemingly timeless image can hold.

However I have an issue with the idea that timelessness is a useful way to think about subjects, spaces, and aesthetic, and that it can damage the approach of artists who spend their time explicitly searching for these timeless qualities.

When we talk about the idea of timelessness we are talking about semiotics which is the study of “signs” which means anything that communicates meaning. Semiotics is what allows the word “rose” to represent a plant, likely red, without needing the thing itself to demonstrate what is meant. Timelessness in street photography represents a collection of signs which point at something other than the current context – but these signs are very rarely a collection of truly historical artefacts. Rather these signs seem to represent a very much definable period of history: the early years of photography and cinema. 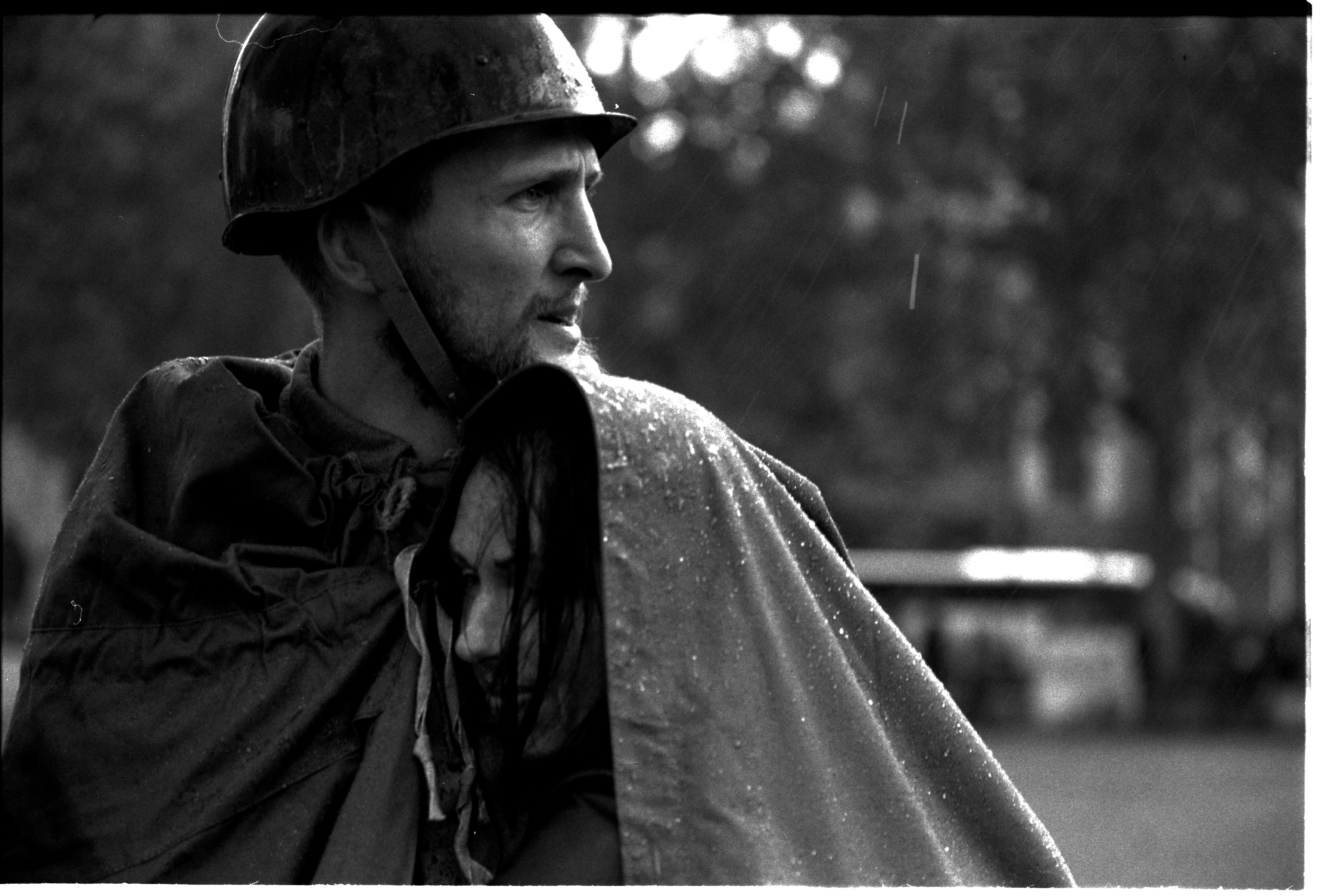 Timeless street photographs tend to have classic cars, classic hats, classic fashion, cigarettes, glasses – I’d say a very film noir aesthetic. I’ve never seen a renaissance painting featuring a scene from the Roman Empire, or a photograph of a medieval cosplayer be described as a timeless image, so clearly there is more involved than simply a character or situation perceived to be “out of its time.”

The semantic issue I have with timelessness therefore is that is simply is not timeless. There is a specific 50-ish year period of time with which we associate an aesthetic nostalgia, not just in memory but with the media we are left with from that era. The paradox of timelessness in photography is that if you are going out with the intent to make a timeless image you will almost certainly produce something that is dated!

I think that timelessness ought to mean quite a lot more than this. Photography is still a young art form, with only around 200 years of archives to draw from. It’s no wonder that when we are shown an exemplary image which features those signs of the times we incorporate those ideas into what we end up searching for in our own day to day photography – and don’t have that same timeless association with visual mediums dating before these last two centuries of uniquely photographic history.

This means that some photographers are actively avoiding things they associate with the “modern day” – cars, phones, headphones, modern typography etc in favour of looking for those classic elements. I think the results of these efforts miss the potential to be an accurate documentation of today. Street photography has many definitions but a common one would be “documentary of a time and place.” 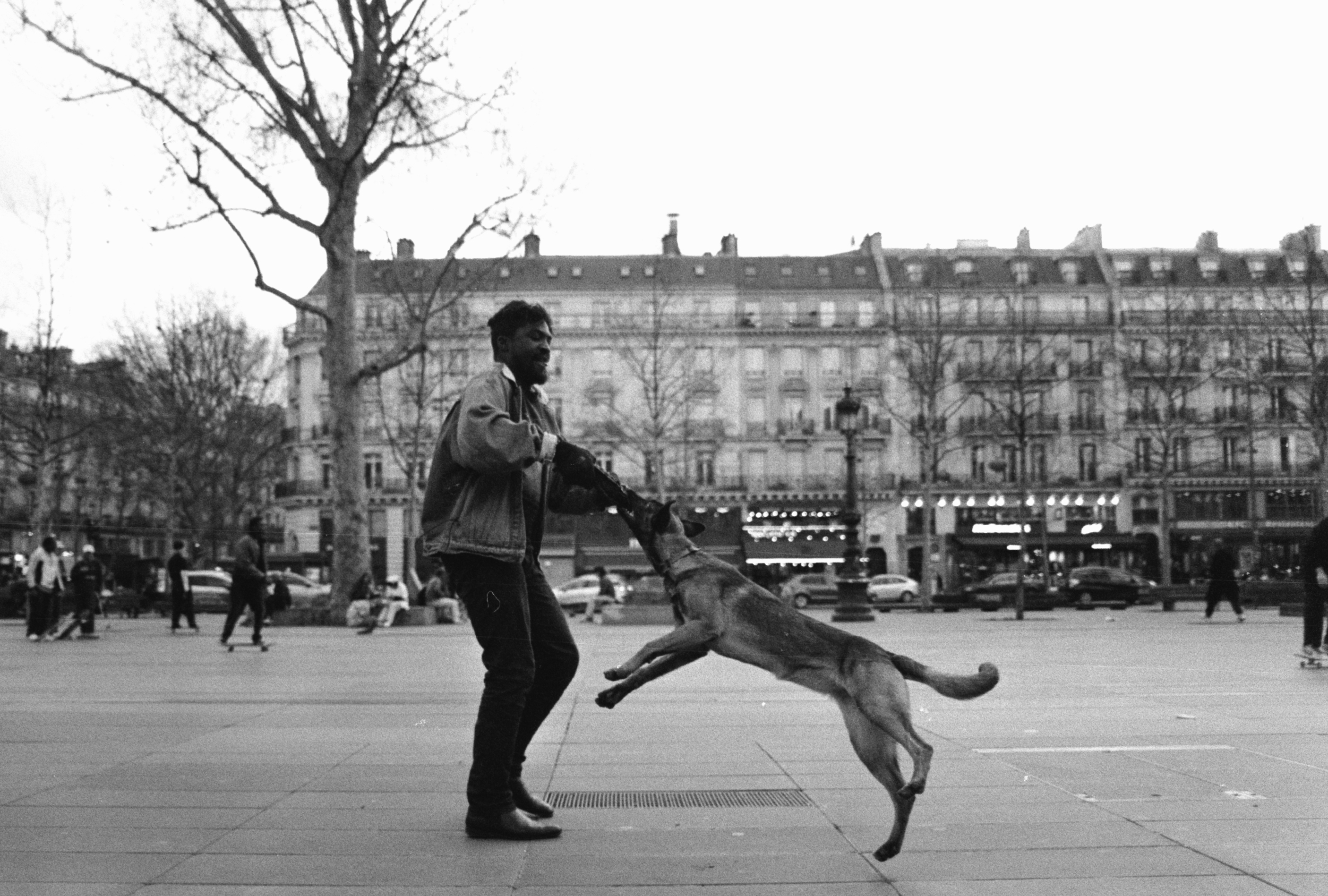 If you are actively searching for anachronisms then the ultimate body of work does not have the same potential to possess those nostalgic elements when looked back on in fifty years time. When classic street photographers worked they simply looked at what was going on around them – the fashion sensibilities of the time were what they had to work with, not something that especially required being sought out.

I have a bit of a theory that when audiences see an iconic image taken many years ago it is likely to have stood the test of time in some way or another, and represents something truly special. Images taken today which contain the aesthetic values but not much more have the appearance of having withstood those tests of time, but instead are superficial and empty beyond the aesthetic.

Fashion today is a mixture of classic, current, and futuristic, with incredible access to vintage options or outlandish modern designs. Overlooking potential images simply because someone doesn’t fit the style the photographer is searching for means that the images they do produce tend to be homogenous, and in-line with every other photographer who prioritises an aesthetic over a moment. 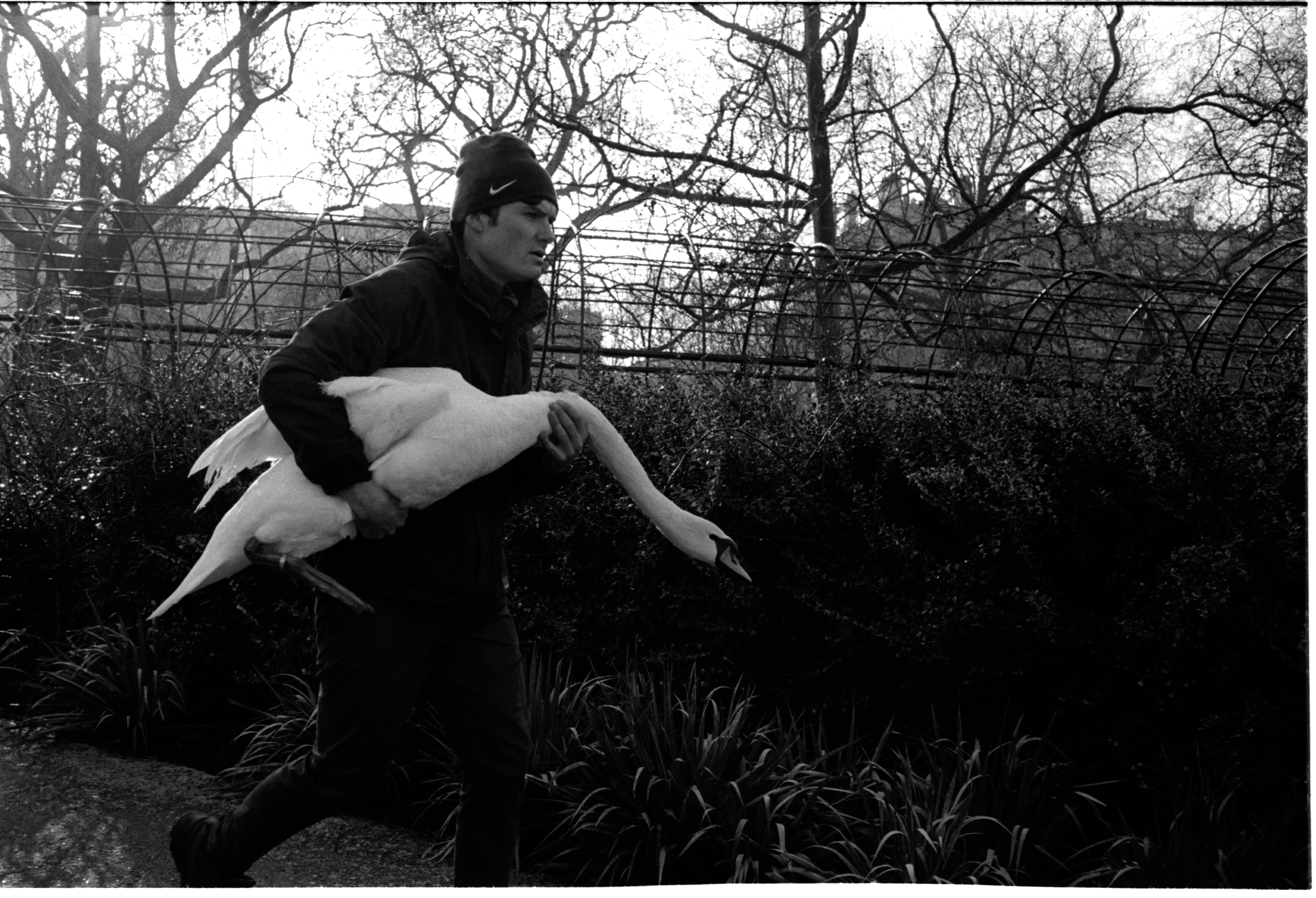 If my intent were to seek out timeless photographs my concentration would not be on fashion or technology, but on a more humanistic approach. The Humanism movement in philosophy emphasises the value and agency of human beings, individually and collectively. The aspects of images that last longest are those universally recognisable expressions and emotions. Gestures and interactions, stories involving real contemporary characters rather than just “ideas” of characters, which is how “timeless” images tend to treat their subjects. 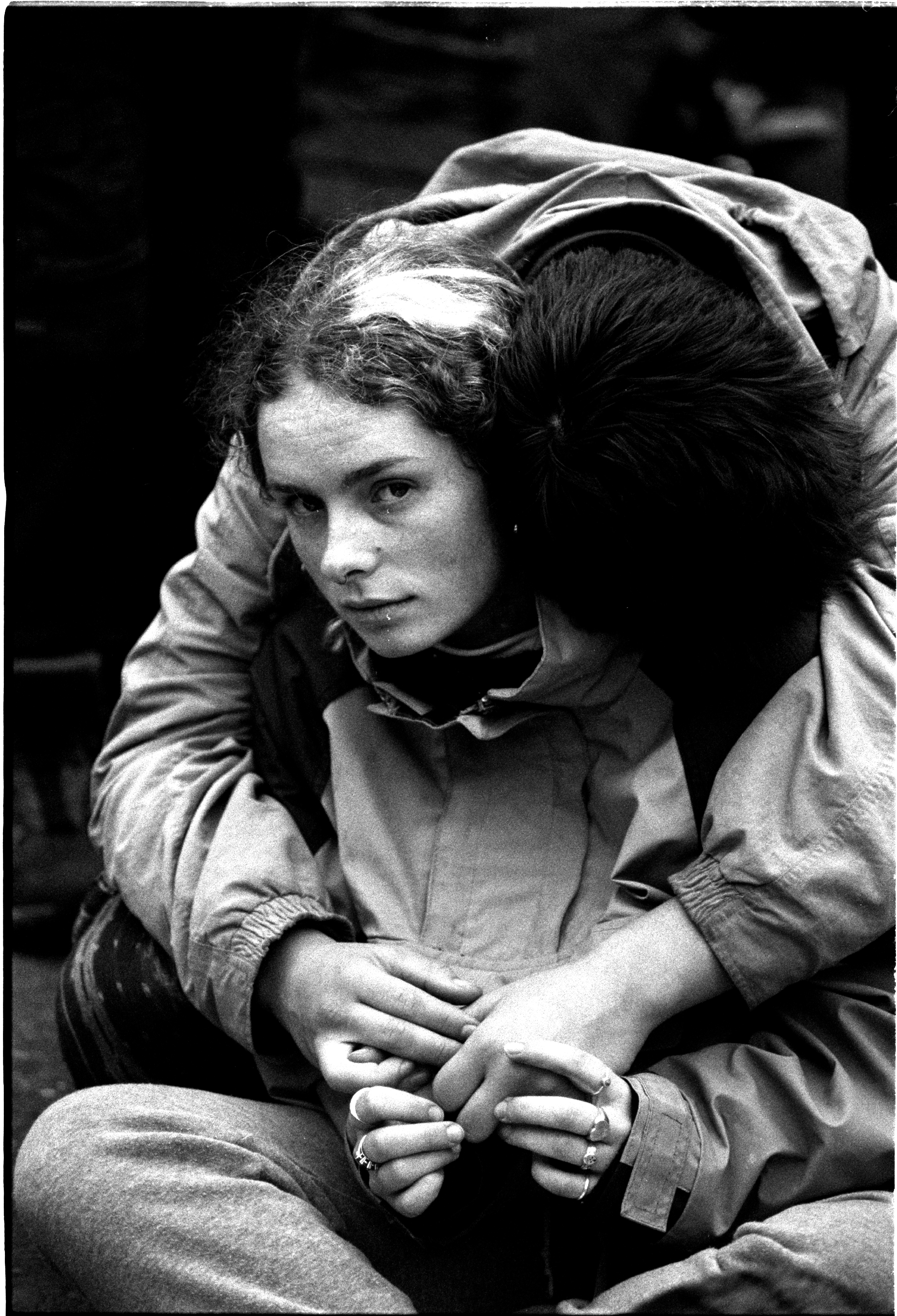 I want my photographs to possess humanist characteristics as their defining traits – in my opinion these transcend time, culture, and language in a way that the more obvious distinctive aesthetic aspects don’t manage. I don’t want to overrepresent aspects of my own culture and life, and want to truly take life as it comes at me whether or not it matches up to my personal preferences. This is one of the reasons I have made an effort to enter a creative free-fall, allowing myself to make more spontaneous snapshot images of moments rather than the more structured compositions some might associate with my work. Eventually I’ll hopefully have a balance of both, and a body of work that is stronger than just empty aesthetic pieces. 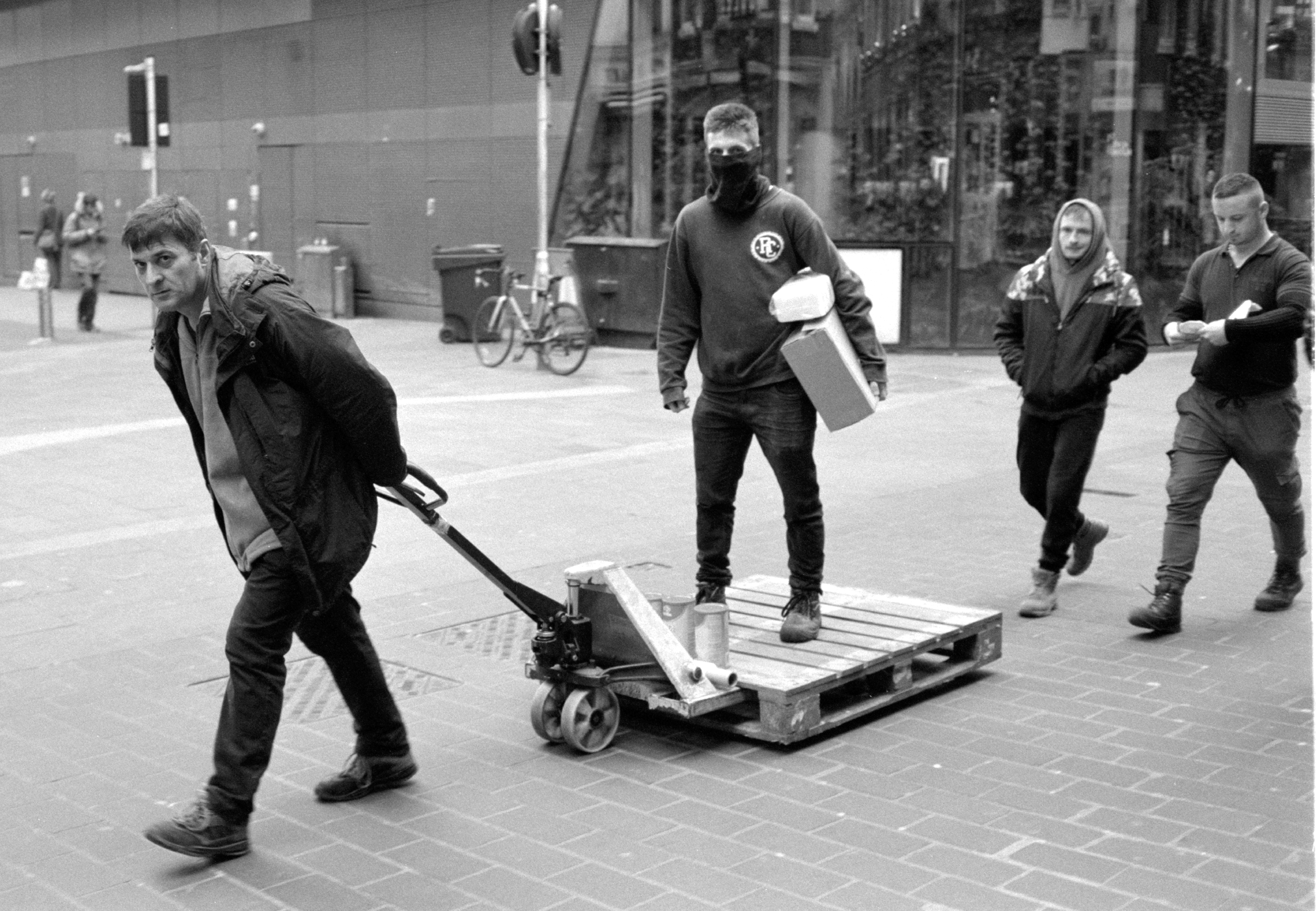 I don’t think that photographers have any cultural responsibilities other than the ones they explicitly choose to take on, but it can be so frustrating when I see dedicated artists who work tirelessly to seek out these timeless images, and then complain that they feel something is missing from them. It’s a very selective view of the world to have, and really can restrict the artist from seeing more energetic and contemporary possibilities.

In my political photojournalism for example many aspects are tied to specific issues, and to not include these would be dishonest and disingenuous to the story needing to be told. I cannot help what a subject wears or what they do, but it is necessary to document it and allow time to decide what ends up being truly timeless. I think that my decision to shoot mostly in black and white, beyond the aesthetic, has the function of removing contextual colour. 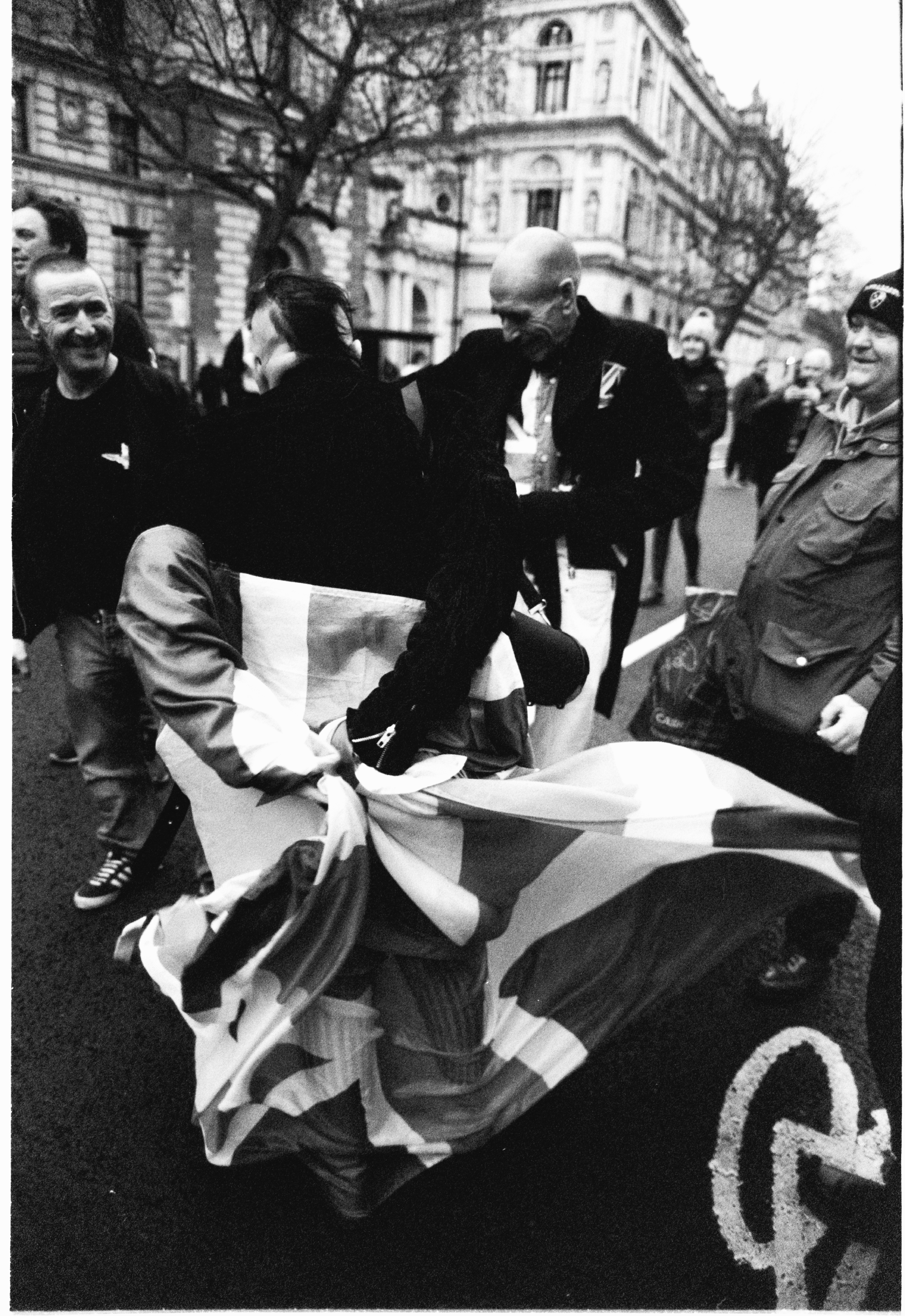 This means that fluorescents, or colour dyes people may associate with certain styles of fashion, or culture, vanish and all that’s left is the moment. Black and white is it’s own artistic realm, where what I choose to include in the frame is more important than the colours that thing possesses – whether it’s classic, or modern, or timeless, it has room to be itself without the restriction of the bias of colour.

I think that if an image today will eventually be seen a century from now, and looked at as timeless that it is unlikely to be one made with timelessness in mind. The best thing to do is just shoot as much and as generally as possible. Whatever catches your eye without discrimination for personal aesthetic choice. 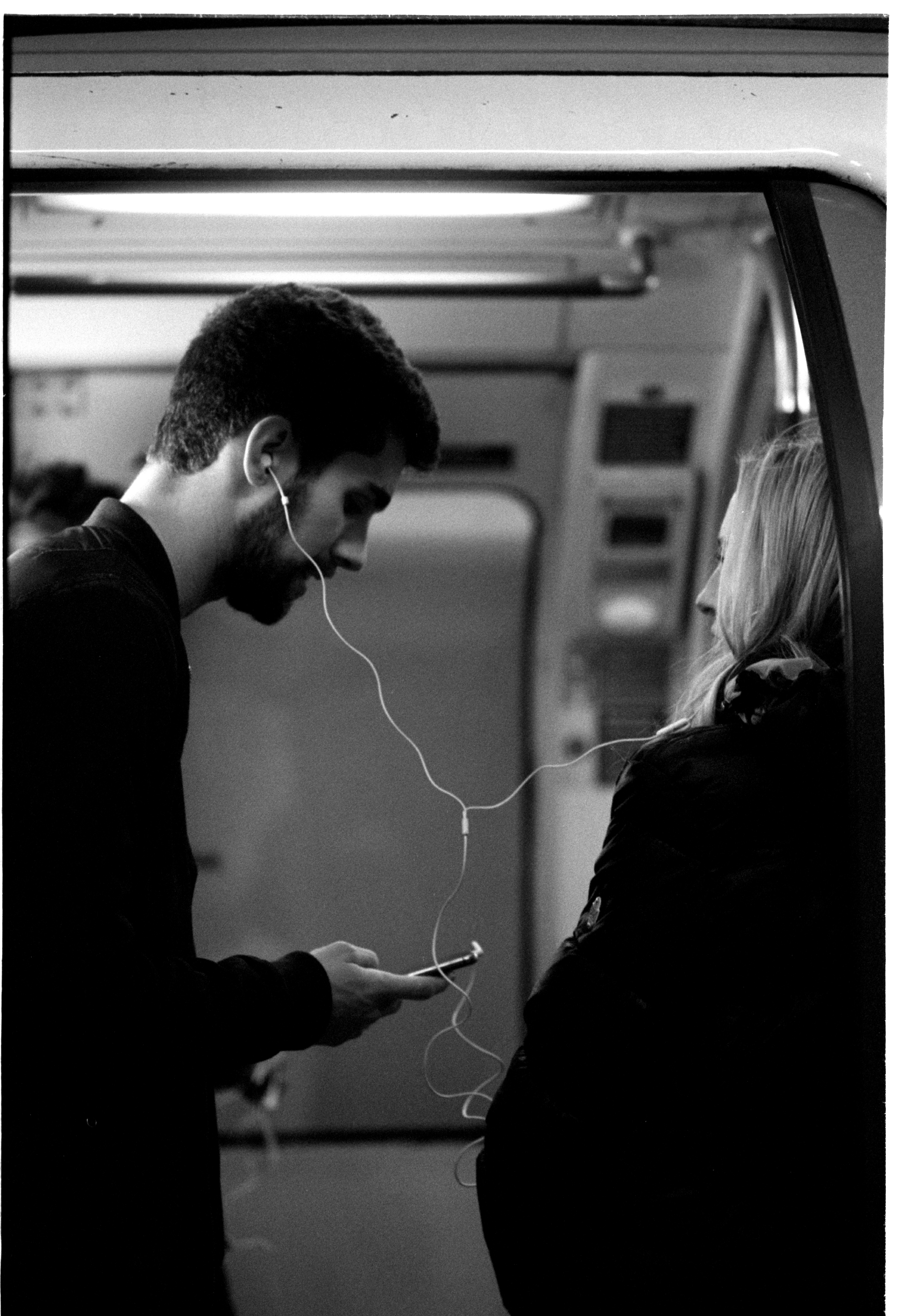